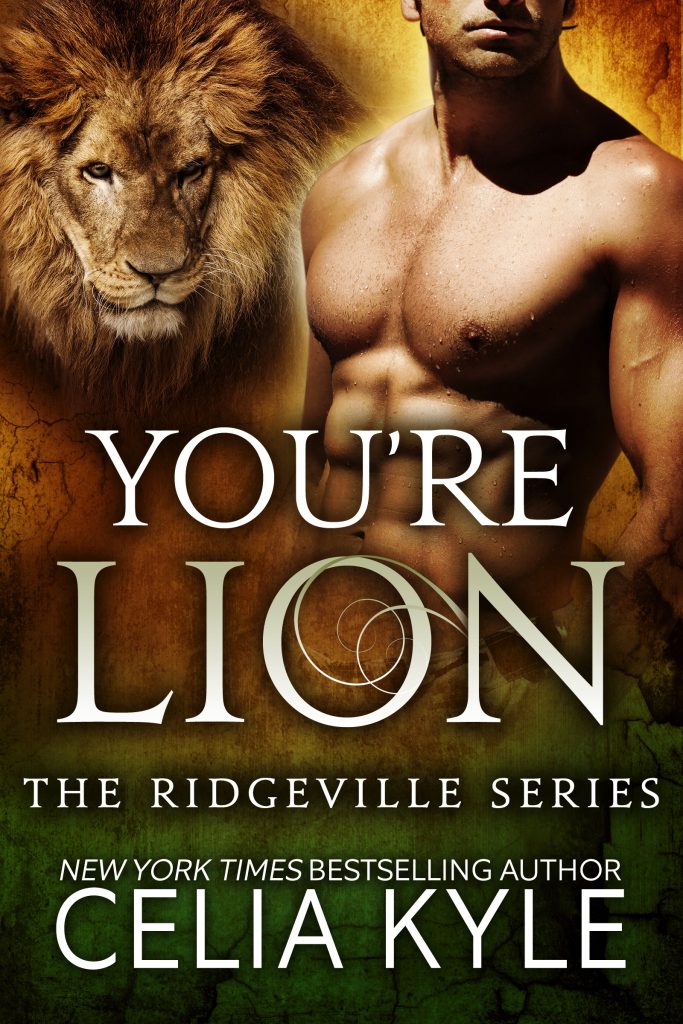 Newly turned lioness Maya Josephs is  so  not good at being the prima of the Ridgeville pride. She doesn’t give a damn about protocol or hierarchy, and the last thing she wants to do is play nice with the pretentious tigress shifter leader who’s come to pay her respects. Especially since the little bitch seems entirely too grabby with her mate, Alex, for Maya’s taste.

With new pregnancy hormones making her inner kitty extra bitchy, Maya’s not sure who she’s going to murder first: her gyno for discovering the pregnancy, her guards for following her every move (and annoying the living shit out of her), or the striped beyotch cooing over Alex. Screw it. She'll start with the tigress and work her way around to the other two.

Lucky for everyone involved, it’s a good thing Alex knows how to tame her inner she-cat…and make her purr.

God save Maya from every overprotective, pigheaded, butt sniffing, meddling men–even if they were lions.

What could be the source of her frustration? Perhaps it had something to do with the five–count ‘em,  five–werelions guarding her, while she waited her turn at the gyno’s office. To make things that much more unbearable, each one of ‘em looked ready to pounce on and destroy anyone or anything that came within a few feet of her. Great. Just the sorta thing that these pregnant woman needed in their already difficult lives. Surely, she thought.

The door on the other side of the room opened and a familiar woman poked her head out. Maya immediately recognized her as one of the nurses, and breathed a huge thank-fucking-god sigh of relief when she heard her name called.

Her quintet of “guard dogs” responded in unison. “It’s O’Connell.”

Maya rolled her eyes, unable–or maybe unwilling–to stop the growl that roared from her chest. She gave her inner furball lioness bitch a mental high five for that sound of hostility. She’d be damned if she took her mate’s name just yet. Both sides of her–human and she-cat alike–were pretty pissed about the lack of something sparkly on the ring finger of her left hand. It’d been months since their mating–which he’d done on the sly by the way,thankyouverymuch,  and Maya was still without the customary ring she could flash to all of her non-furry friends. The other shifters had congratulated her on their mating, but her human friends were left to wonder when she and Alex would be getting hitched.

Maya was still having the whole “last name” argument with the entire effing pride it seemed. And, as far as she was concerned, until she and Alex said their “I dos,” she was gonna cling to Josephs like she was a starving Spider Monkey that held the last banana in the freakin’ jungle.

“Um, Miss Josephs?” The nurse raised her brows and Maya hopped to her feet, before the “Fearsome Fivesome,” as she jokingly named them, could interject (again), and practically ran toward the door.

Of course, the idjits just couldn’t let her go get her “hoo-ha” examined alone. Nope, they all charged after her, no doubt scaring the poor nurse silly, since the woman suddenly bolted from the doorway the moment Maya reached for the knob. Before stepping into the gyno office’s inner domain, she turned and faced her unneeded–and unwanted–werelion guards (because, really? Who in the hell was going to come after little ol’ her, especially at the doctor’s office? ) and glared at them en masse. “No. Bad kitties. Sit.  Stay.”

Then, a gruff voice rose above the rest. “Leave her be.”

The last three words came from her favorite “babysitter,” Brute, (whose real name was Brutus, but nobody called him that, for fear of being beaten to a bloody pulp by his deadly hands), and she jumped at his uttered orders as if they were a freaking lifeline.

With a forced smile and a quick wave, she chased after the nurse, leaving five grumbling werelions in the crowded waiting area. She felt bad for the pregnant women who’d be surrounded by all of that testosterone. Well, mostly sorry, at any rate. Because, only two people in the world were allowed to see her vagina, damn it. The man who fucked it stupid (thank god for that), and the man who made sure it stayed healthy. The quintet would just have to wait outside.

After a quick weigh-in (she opted not to look) and a check of her blood pressure (you go healthy chubby chick!), the nurse led her to the bathroom to pee in a cup. Now that she was sexually active, she had to endure the whole pregnancy-check-thingie before they’d give her another quarterly birth control shot. Whatever. She’d pee until the cows came home if it meant that she and Alex could continue to forgo the use of condoms.

Her business finished, Maya headed over to the exam room and frowned at the folded paper outfit resting on the table. Ugh. She rather hated getting nekkid here, and being wrapped up in a thin, napkin-like sheet didn’t make her feel any better.

No way to avoid it, though.

After making sure the door was nice and secure, she stripped and donned the provided flimsy gown, then plopped her jiggly ass on the exam table and waited. And waited some more. Man, she really hoped one of the doctor’s patients wasn’t in labor. ‘Cause gynos were notoriously known for being called away to do the whole push-push-push-catch-thing.

After what felt like forever, a soft knock sounded, and the man of the hour, Doc Molloy, poked his head in. “Ready for me?”

Pre-Alex, Maya had had a love-hate relationship with her gynecologist. On one hand, Dr. Molloy was uber hawt. But on the other, she’d had to strip buck naked and let him poke at her vag…and not in a very fun way, mind you. Shit, he’d never even bought her dinner first.

Presently, her lioness hated the human male, and wanted to scratch his face off for even thinking of touching her. Apparently, that was how mated she-cats responded to the men that weren’t their mates.

“Yup. Ready as I’ll ever be.” She smiled, simply because it was that, or hiss and growl at him, something that her lioness was itching to do.

Upset kitty was clawing at her insides, growling, hissing, and spitting, protesting the presence of the male…especially because of the reason why the stranger was there. The doc stepped fully into the room and closed them inside the small space, his focus fixed on her chart as he settled onto a nearby stool. Which was kinda weird.