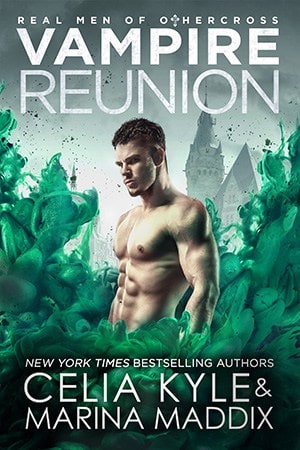 It was supposed to be a one-night stand, not eternity!

When witch Sara Hart hooks up with a Master vampire at a co-worker’s wedding, she fully expects to never hear from him again. After all, she’s just a poor receptionist with mediocre powers—certainly not an appropriate match for someone of his status. And he clearly thinks so too since he never even tries to track her down. That stings, but not as much as when she learns he’s actively seeking a new mate and she isn’t even in the running.

After losing his beloved—his one true mate—centuries ago, Orrin Nicolaides knows he’ll never find another but he’s tired of being alone. The problem is that even as he searches for a suitable vampire mate, he can’t stop thinking about the sexy little witch he drunkenly snacked on the night of his son’s wedding—to the point he can no longer feed from anyone else. He needs to forget her, but will he be able move on before he wastes away?