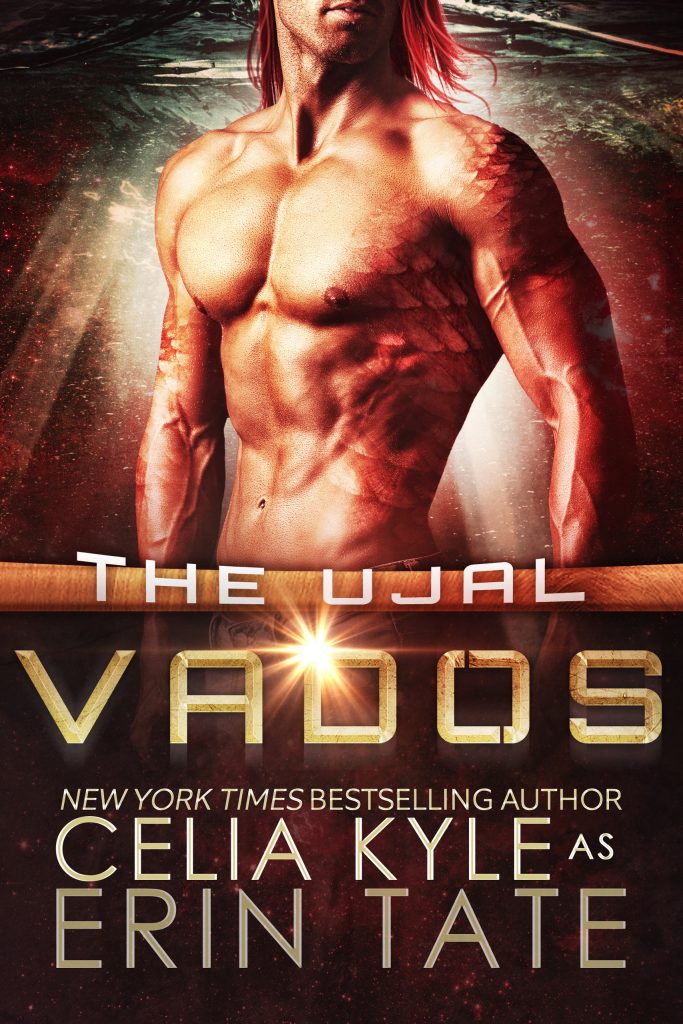 A human woman, a tail-sporting alien, and a deadly hurricane… of course they’re going to hook up! Or rather, they did hook up. But that was then. This is now.

As a marine biologist, Maris Xayer is used to observing all types of marine life, but she never imagined she’d come face to tail with an Ujal. In the middle of a hurricane, Maris and Vados came together—ahem—and then he disappeared. She figured it was a one-storm stand with an Ujal and moved on. Except Vados hadn’t really gone anywhere and now the sexy as sin, red-skinned Ujal is back. For her.

Vados was not a weakling to pine after a female. He was Vados fa Kotan, High Guard of Tave fa V’yl, Crown Prince of Ujal. His loyalty and dedication belonged to one person and one person only—his ruler, his friend.

And yet he found himself constantly looking east, toward Florida’s coast, toward… Maris. As he stared through the alien waters, he remembered the taste of her skin, the feel of her hair on his scales, and the way her pupils grew as arousal took hold. The way she screamed his name when—

“Vados,” Tave snapped at him, and Vados immediately swung his attention back to the prince. The male’s scales were bright blue, his dark blue hair floating in the Gulf’s cool waters.

His agreement was immediate. “Yes, sire.”

Tave sighed. “Do you know what you have just agreed to?”

“Of course, sire.” He glanced at his friend and fellow guard Niax. The male would fill him in later.

“So you have no objections to providing protection to a human doctor?”

Vados pressed his lips together and kept his face stoic, swallowing the groan that formed in his chest. It wasn’t the fact that he would have to provide protection. It was his calling after all. But, guarding a human meant hours upon hours with two feet on land. He was at home in the seas, his bright red scales on display, and his tail flicking him from place to place. Walking was so slow.

“Of course not, sire.” His response was once again whip-fast.

A smile lurked on his prince’s lips, which told Vados the male knew he spoke an untruth. “Excellent. Transportation is already waiting at UST for you both. You’re dismissed.”

UST—Ujal Station Tau—was the land-bound complement to their underwater city, Tau. When they’d come to the planet decades ago, the Ujal established cities within the oceans all around the world. Vados had visited them all with the prince, but he had to admit that Tau was his favorite.

Because of my nearness to Maris.

However, he would not be a soft male and say the words aloud.

“Now. There is no security in place at this moment, it had been refused until now, but recent events have altered certain decisions.” Tave’s tone was grim, his expression one of murderous rage.