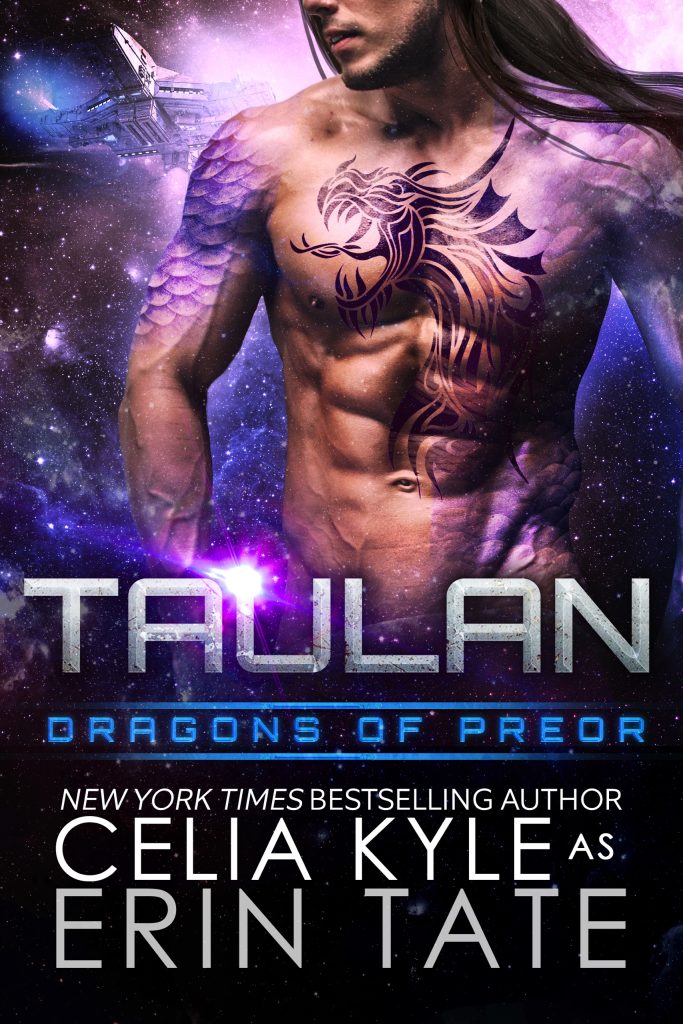 He wants to return to Preor and she wants a job, but you don’t always get what you want.

Lana Cooper is down to her last hundred dollars, has no job, and her clunker of a car has finally clunked out. How has her life become such a cluster of horribleness? Oh, right. A guy. Only she doesn’t get a chance to beg for a job. Nope, one walk along the beach changes everything. Oh, she has a job now… as the mate to a hot, hunky Preor dragon male.

Taulan sen Pavon is anxious to return to his home on Preor. Yes, he’d journeyed to Earth in hopes of finding a human mate, but now… Now he would like to heal in the privacy of his aerie. Wings destroyed and body damaged by an explosion, he has no desire to watch others find joy with their mates while he remains unworthy and alone on a ship filled with thousands. But then he finds Lana. Lana with her alluring smile, sparkling eyes, luscious body, and whose mere presence initiates the Knowing.

Can he live long enough to claim her? Can she see past her father’s prejudice to love him? Both questions are pointless because there are still Preor who despise the joining of humans and dragons. They will stop at nothing to drive a wedge between the races. Including murder.

Taulan’s nose filled with the stench of burning flesh and singed wings. The scent overwhelmed all else to the point that he could not identify the attackers.

Moments ago, his only concern had been to ensure the Ujal delegation was adequately protected. A request for additional warriors was immediately answered and he’d sent a half-dozen fierce males to protect the War Master and Ujal both.

The moment Engineering became vulnerable, the traitors struck. First, one explosion rocked the ship, the vessel listing toward the port. Before he’d opened his mouth to issue orders, another blossomed before him. The starboard side was engulfed in fiery flames for a brief moment.

Fire that could not touch him—him or any other Preor. They were born of the flames, their bodies producing heat as if their very blood was replaced by fire. The explosion was merely a distraction.

The deadly assault came immediately after.

With the first roll of orange and yellow that blew the panels off Engineering’s portal, Taulan broke into a run. He shifted his wings aside and reached back. His hands found his blades easily, the worn handles melding to his palms after all these years. Passed from one generation to the next, they were as old as the Pavon family. Older than even War Master Jarek’s blades.

The handles of the honed metal filled one hand and then the other, wicked silver gleaming in the now dim halls. The ship quickly suppressed the flames, but it did nothing for the rest of the chaos.

Taulan stepped into the hall and blocked the first strike, meeting his attacker’s gaze. The Training Master—Prasho—snarled at him, baring his long fangs.

Prasho hissed two words that identified him as the enemy. “For purity.”