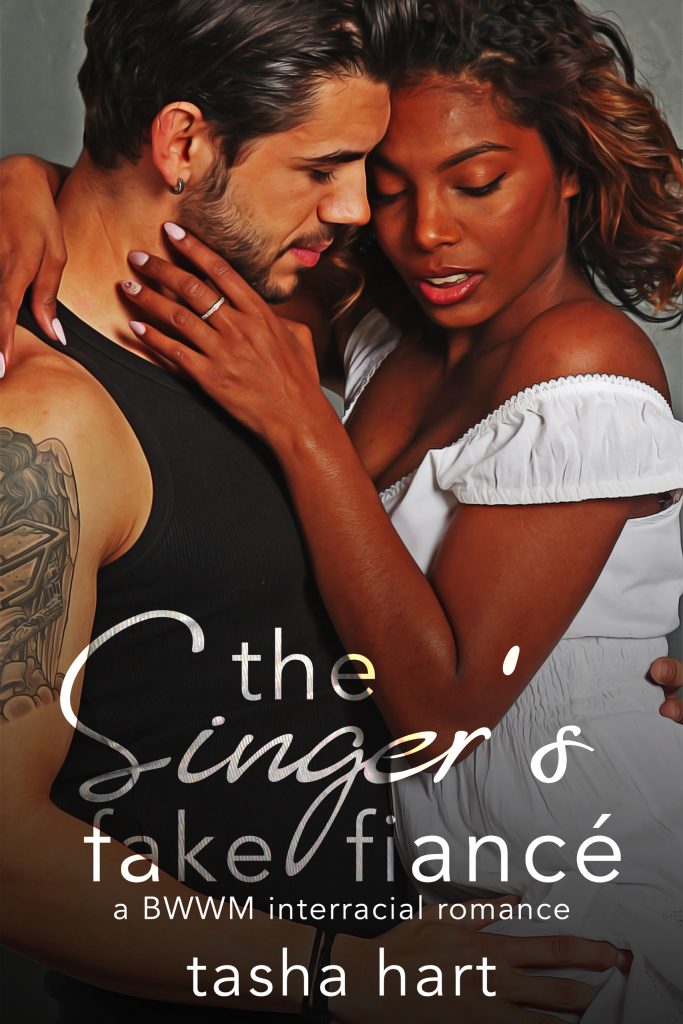 Evan’s grandmother is dying and wants to see him married before she passes.

He decides to get fake engaged.

But this is a hard thing to convince another girl to do. Even for someone as fine as Evan. So he ups the stakes.

And takes a half million dollar bet.

Now he’s gotta find a woman crazy enough to go along with the plan. That’s where Bella Garner comes in. She’s the lead singer of a band and has a seven year old daughter. She wants to be a famous musician and Evan Atwell, agent for the record label, is her ticket to the big time. She’ll get fake married to him to make her dreams come true. But what does she do when the feelings become real and the lies just keep piling up?

Discover what happens in this thrilling BWWM romance! 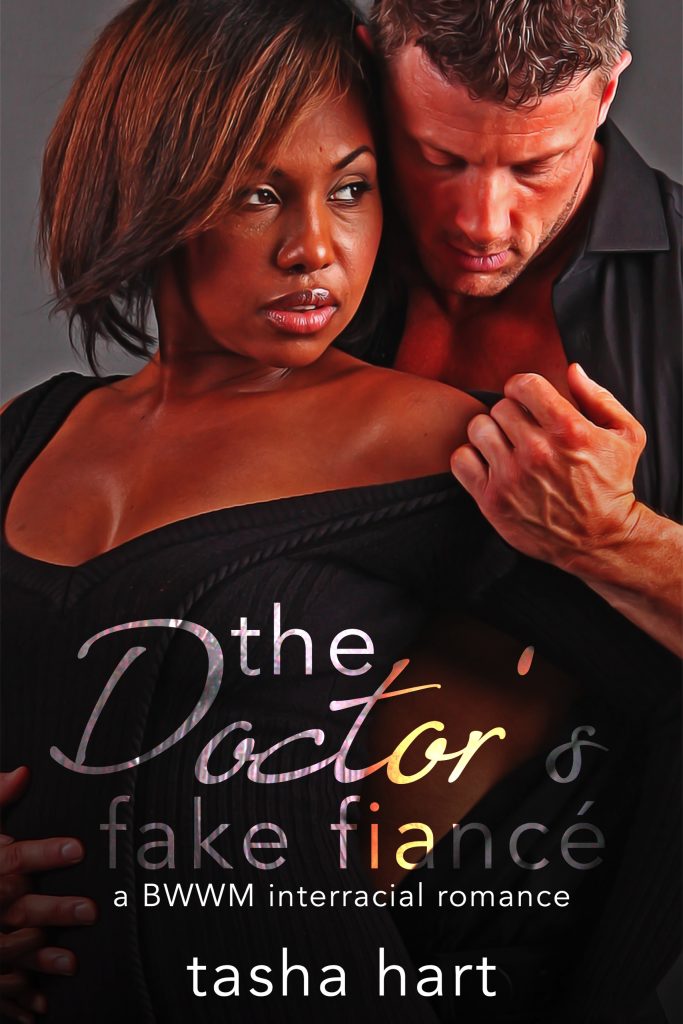 Dante’s dream job is in Seattle. But he’s got one problem.

He’s a bit of a loose cannon. And a player. You know the kind of guy that takes a different girl home every night? Yeah that’s Dante. His pretty white boy face has him breaking all the hearts. But now he needs to settle down if he wants everything he’s worked so hard for. When his dog needs a little TLC, he takes him to the local vet hospital...

And ends up proposing to the doctor!

Well, maybe proposing isn’t the right word. Instead he asks her to fake marry him.

That’s not a code Red, that’s called a code W-T-F.

It’s supposed to be a strictly business arrangement with no strings attached. But you know how these things go when you put a handsome white boy and a Black queen together. You start getting sparks. But with all these lies going dry, will Dante and Nia’s sparks light everything on fire? 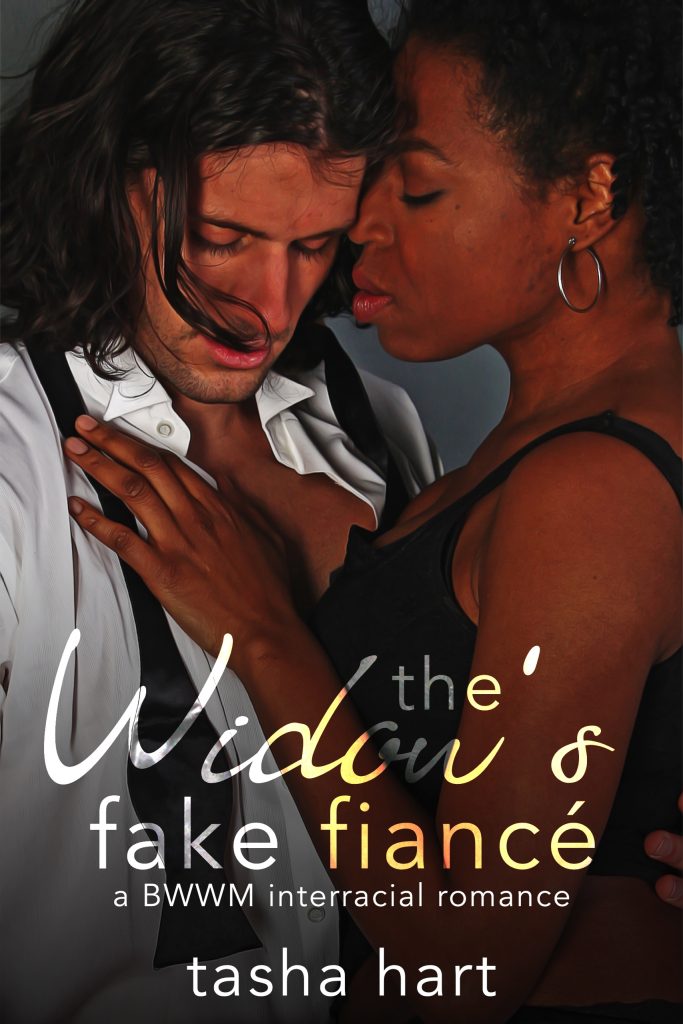 Scott got a call from his dad…

Now, he needs to get married before he turns thirty. See, he needs to grow up and be more responsible. He can’t go from woman to woman like some kind of dress rental. Sure, he wants to enjoy his life of being a nightclub owner and expand the family business. But it’s only gonna happen one way.

If he finds a woman to marry him.

That’s where Justus Harris comes in. She’s a widowed single mom who just moved back into town. And what was supposed to be a fun night out at a club opening ends with Scott asking her to fake marry him.

And she says yes! 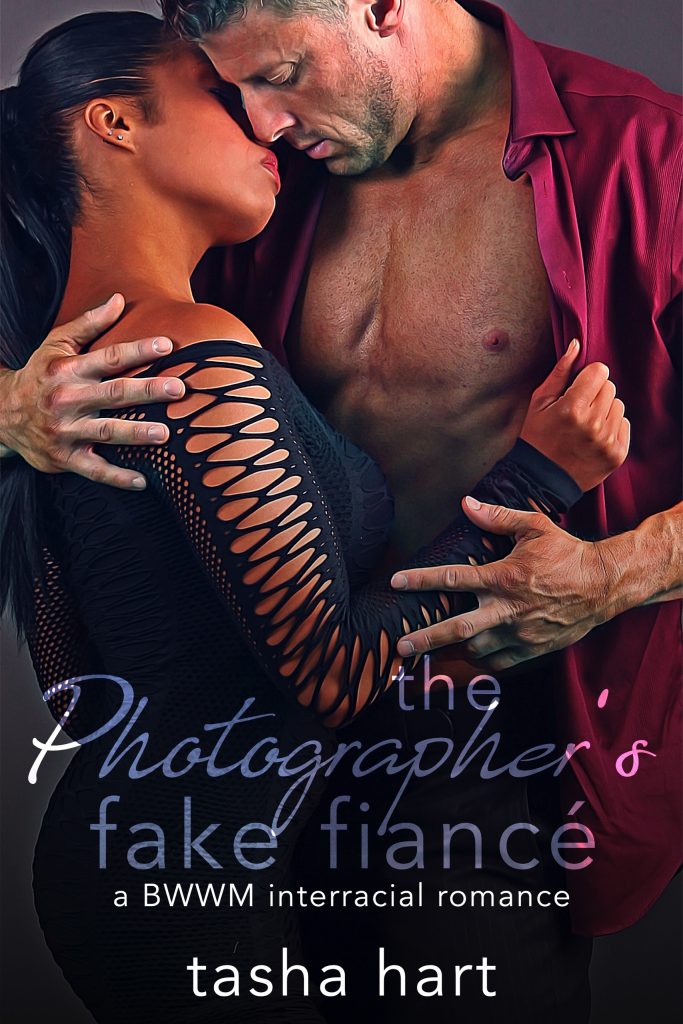 James had his dream job...

Too bad his parents didn’t care. They were crotchety old people that called James and told him that if he wasn’t going to run the family business, then he needed to get married or kiss his inheritance buh-bye.

Face it. This white boy is screwed, and not in a fun way.

Or is he? Because overhearing all this is Rhonda, an assistant to a fashion designer. This girl has seriously got the hustle because she just walks up to James and admits she was eavesdropping! And to top it off, she tells him that she’s got a solution to his problem—she’s going to fake marry him and he fund her fashion line.

Discover what happens in this thrilling BWWM romance! Part of the UnReal Marriage series of standalone romances! 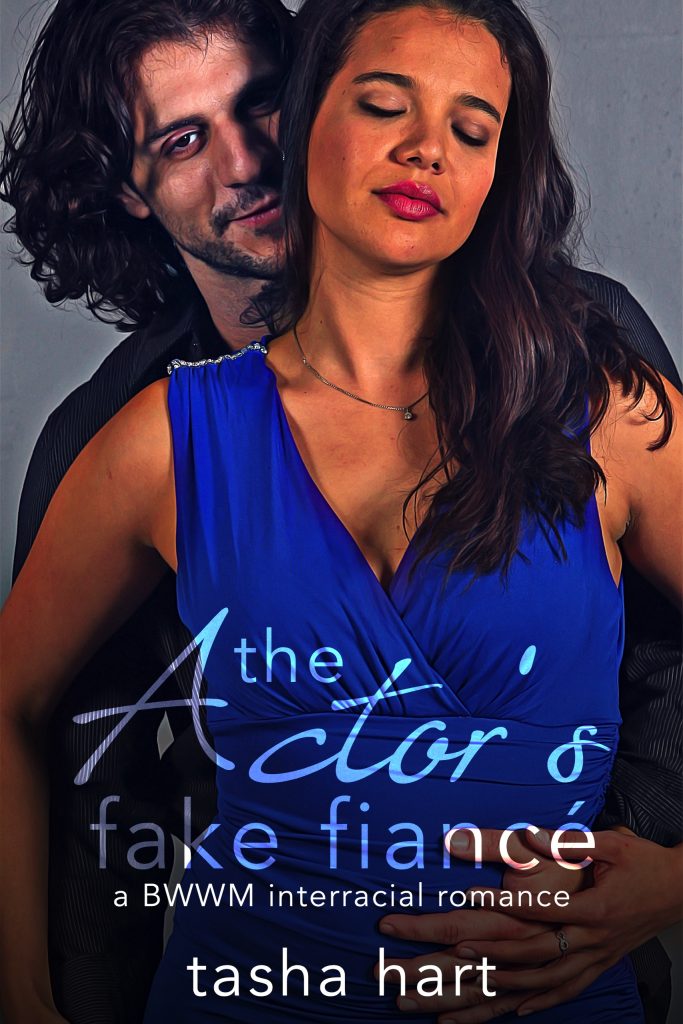 Sydney and Nathan are about to take on the acting role of their lives!

See, she’s one of the most successful Black agents in the Hollywood game. And her star client, Nathan Philips, owes her his career. They’re both beautiful people but they’ve avoided a lot of the pitfalls that a gorgeous Black woman and rugged white man face when working together in the entertainment industry. That is until one day when rumors start that Nathan and Sydney secretly married. Who even started these rumors?

Well, turns out it was Sydney’s son!

Now Sydney’s firm sees potential. They make it clear that they want her to capitalize on the gossip and she’s to go along with the rumor to promote one of Nathan’s upcoming movies. They tell her its either this or her job.

She picks her job, but will Nathan pick her?

To protect their reputations, are they gonna lean into the gossip storm? Or bow out of its way? And what happens when they have to act in love for work but then it becomes more difficult to pretend they’re pretending. Could true love and real feelings get any more complicated?

Discover what happens in this hilarious BWWM romance! 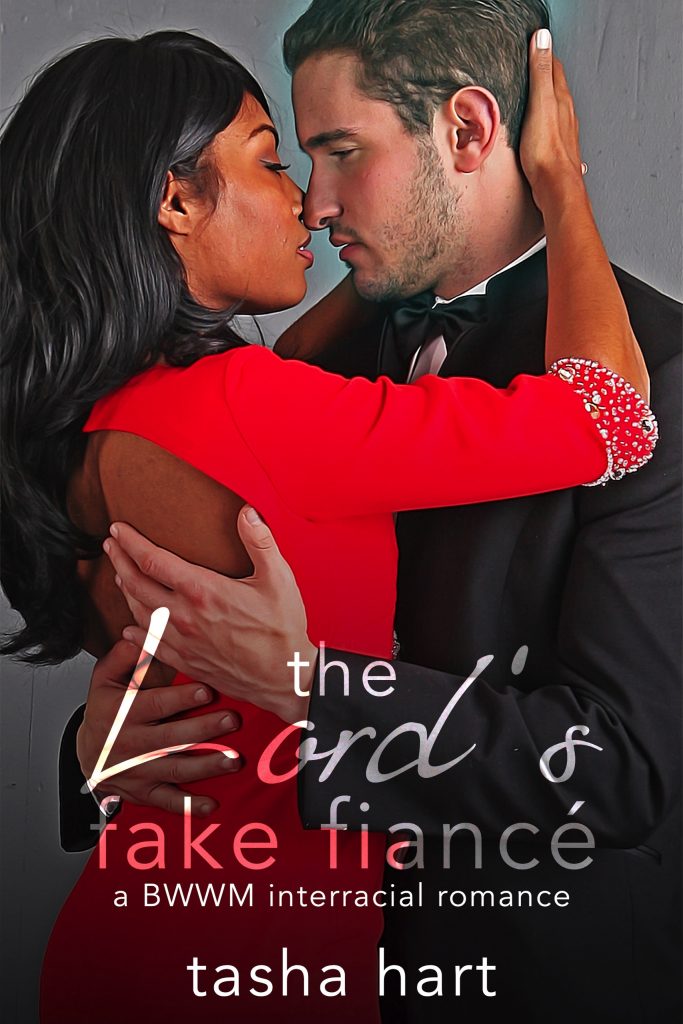 Chris is English royalty… And now he’s getting kicked out of America.

You’d think being an English Lord would give a guy some leeway with the immigration authorities, but ICE doesn’t care. His visa isn’t renewed and now he’s got to leave the United States. So, he does the only thing he thinks will let him stay…

He gets fake married to the delicious Black Queen, Ana.

She’s a model he met in a coffee shop and from the first moment she thought he was fine. So fine she’s totally cool with lying to the Department of Homeland Security. You know how sinfully delicious a man’s gotta be to make you risk jail time?

But is it worth it?

Because it started out as just a simple transaction, no strings attached. But then feelings got involved and it got messy. Will it get too messy for this fancy English Lord and this Black Queen from New York City? Or will they make it last? Can English royalty mix with urban chic?

Discover what happens by one-clicking this hilarious BWWM romance! 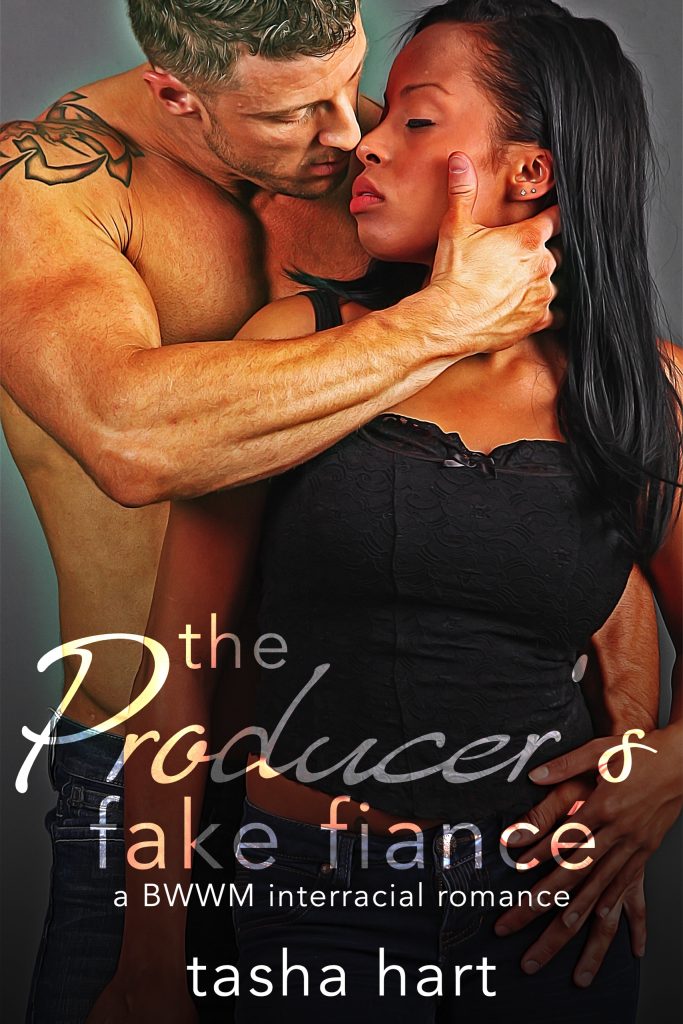 Angela needs a husband and Micah needs money. Seems like a match! Maybe...

Now, Micah’s not lazy and looking for a sugar momma. His whole life is spent helping lower income folks at a soup kitchen. So he’s simply super duper broke and needs the money to support his charity.

Plus he is so fine! With a capital F!

Angela needs a husband for a reality TV show. She was married but her husband died and she never told anyone at work of his passing. How the hell is she supposed to tell them now—years later—that it’s just her and her daughter? That’d be a hella awkward conversation, right?!

This is a bad situation and Angela thinks that only lying can fix things.

What happens when a poor but beautiful white boy gets into a fake marriage with a gorgeous Black woman who has all the money? He brings happiness back into their lives. But what are they gonna do when the snakes at work start to tear away at their idyllic life? Are they close enough to fight back? Or will they fall apart and lose it all? 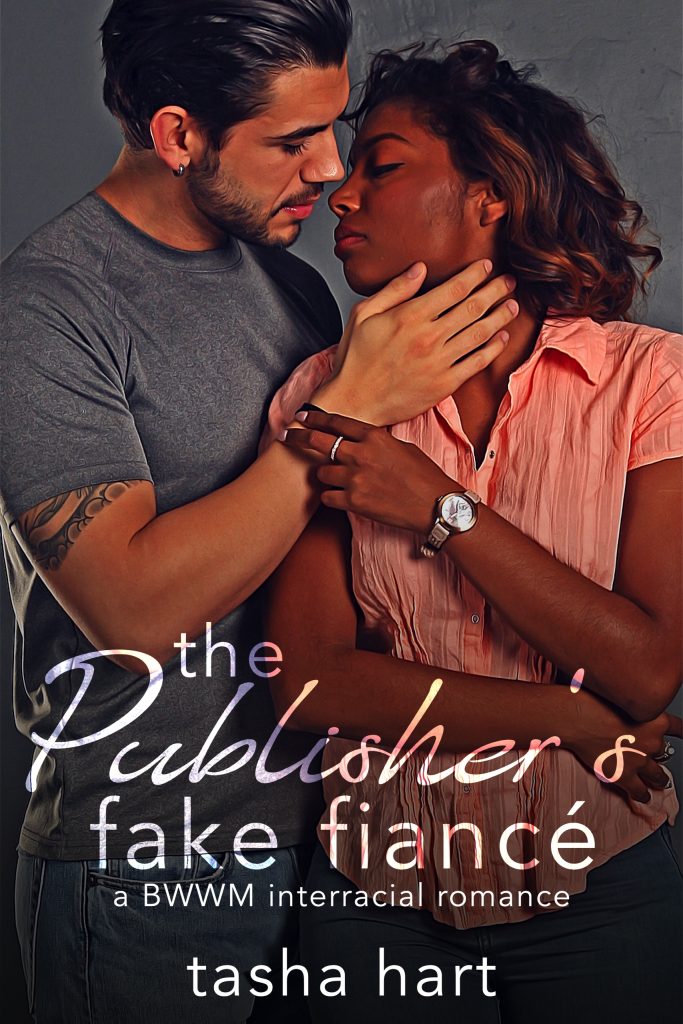 Jhennay Oakland is a single mother working for a magazine. But it’s this Black Queen’s life that’s going to get all tabloid-worthy!

Jhennay may work at a magazine but her dream is to write hard-hitting investigative journal news pieces. And that’s just hard to do as a single mother.

That’s where Matty enters the picture…

To pursue the truth, will these two hatch a lie?

And is it even a lie if they fall in love while pretending to be engaged? Is it a lie when they start believing the lovey-dovey things they do and say? Or what about when they take it to the next level and get physical? When does the lie go from pretending to be in love to pretending to not be?

Discover what happens by one-clicking this sensually sweet BWWM romance! Part of the UnReal Marriage series of standalone romances! 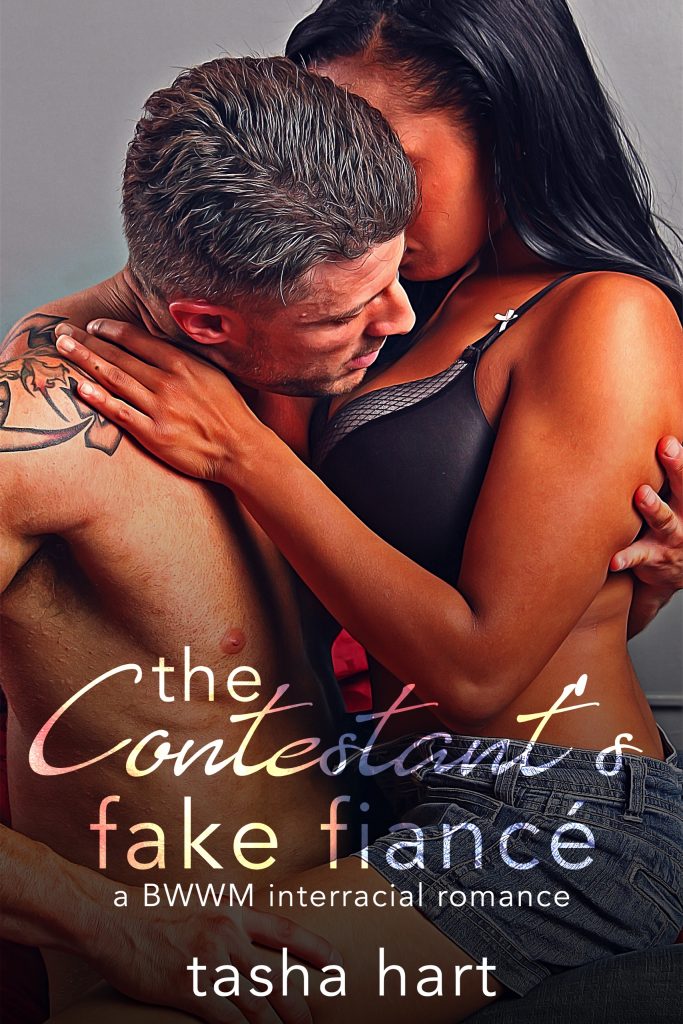 A single mother running her own store in South Carolina? Of course this Black Queen has money troubles!

See she runs a pet store and it’s her dream. But business has been slow and her landlord isn’t going to give her a break. She either needs to pay up or move out. Except, she can’t shut down the store because it’s how she supports her daughter.

Good thing there’s a man out there willing to save her… for his own reasons.

Meet Zak Strauss—he just won a contest and it made him a millionaire. There’s just one problem… He needs to be married to claim his winnings. And it’s the contest is taking his word for it—they’re checking up on him and are going to do a follow-up interview. Yikes!

Martha needs money. Zak needs a wife. It’s a match made in grifter heaven. Though they’re gonna have to get their stories straight…

Now Zak is gonna need to be careful he doesn’t fall in love with Martha or get too attached to her wonderful daughter who treats him like a dad. Meanwhile, Martha will have to not fall for this handsome white boy who is saving her dreams.

Should be easy right? 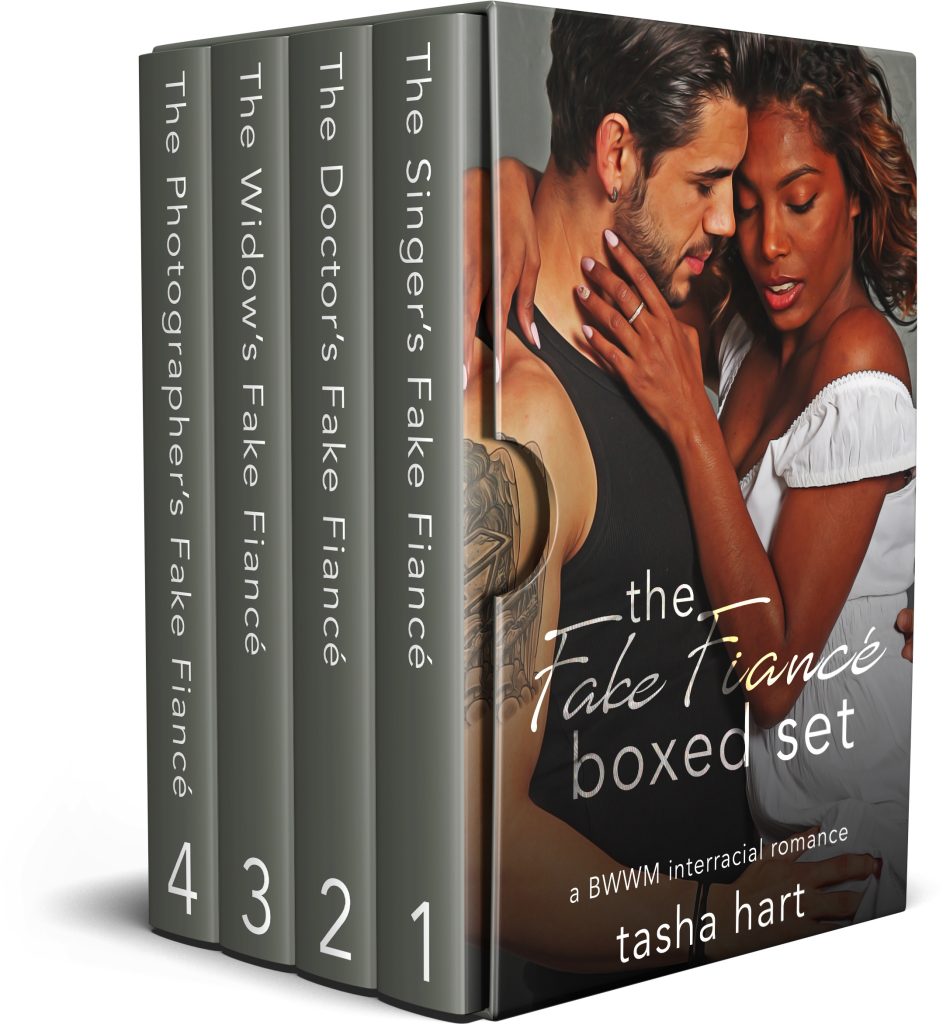 Welcome to the UnReal Marriage series—four books featuring Black Queens that are looking for short-term love and find forever with their deliciously handsome white boys. Enjoy the first four UnReal Marriage books in this limited edition boxed set. It’s sure to sate all of your BWWM interracial romance cravings in one collection.

Looking for your next BWWM read? Look no further! One-click this interracial romance boxed set now! 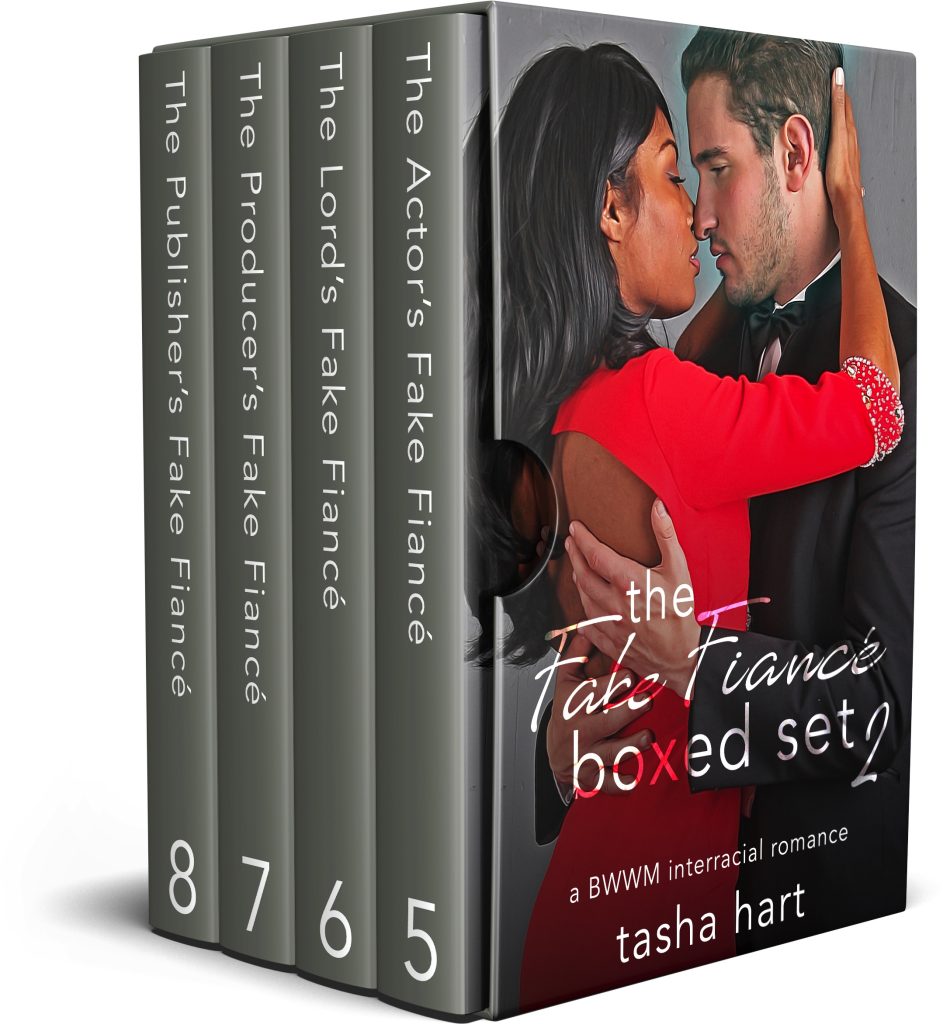 Welcome to the UnReal Marriage series volume two—four MORE books featuring Black Queens that are looking for short-term love and find forever with their deliciously handsome white boys. Enjoy books five through eight of the UnReal Marriage books in this limited edition boxed set. It’s sure to sate all of your BWWM interracial romance cravings in one collection.

Looking for your next BWWM read? Look no further! One-click this interracial romance boxed set. 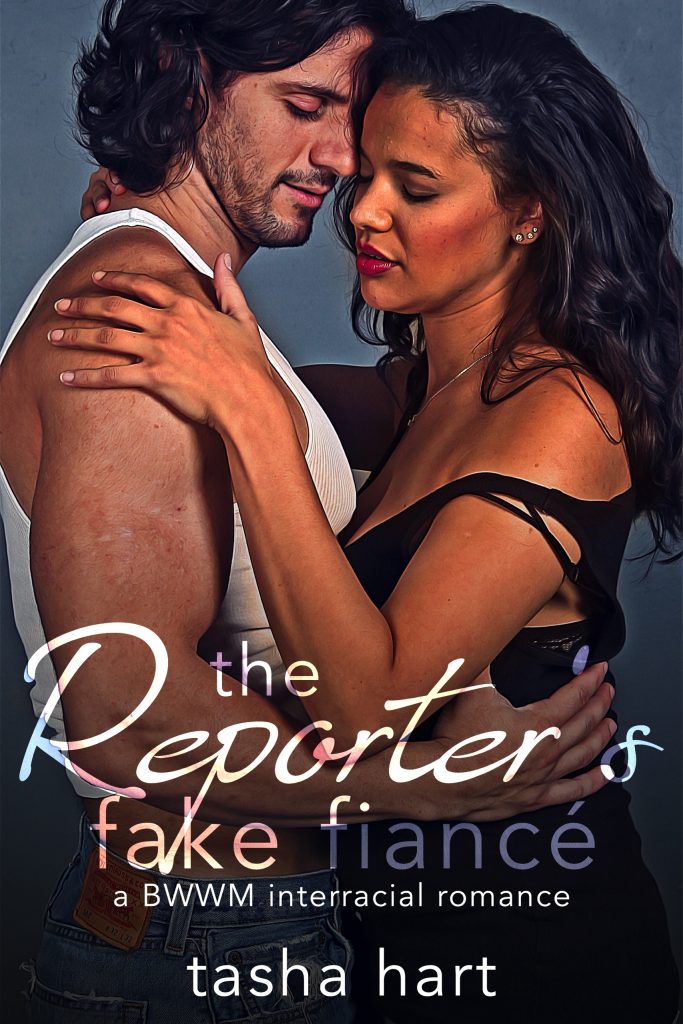 Lana is about to supercharge her career. Except there’s one problem… She needs to marry her hated rival to do it!

Seriously, it’s like Tate Anderson was created by God to be a pain in Lana’s luscious backside. Everything about him rubs her the wrong way. They way he’s constantly one upping her. Or always there to swoop in whenever she makes a misstep.

She’d be perfectly fine ignoring him, but now this Black Queen must marry him!

See Tate and Lana are the best reporters in their field. So when their boss needs two of his greatest to pose as a couple and bring down a shady operation, he’s got only one place to turn.

You’d think something like this would be easy to two seasoned professionals. But never discount what happens when you put opposites in the same vicinity. When Lana and Tate are forced to work together, will they realize that pretending to be in love isn’t as hard as it looks? Especially if there’s already something there to start?