A Little Bit of Fur 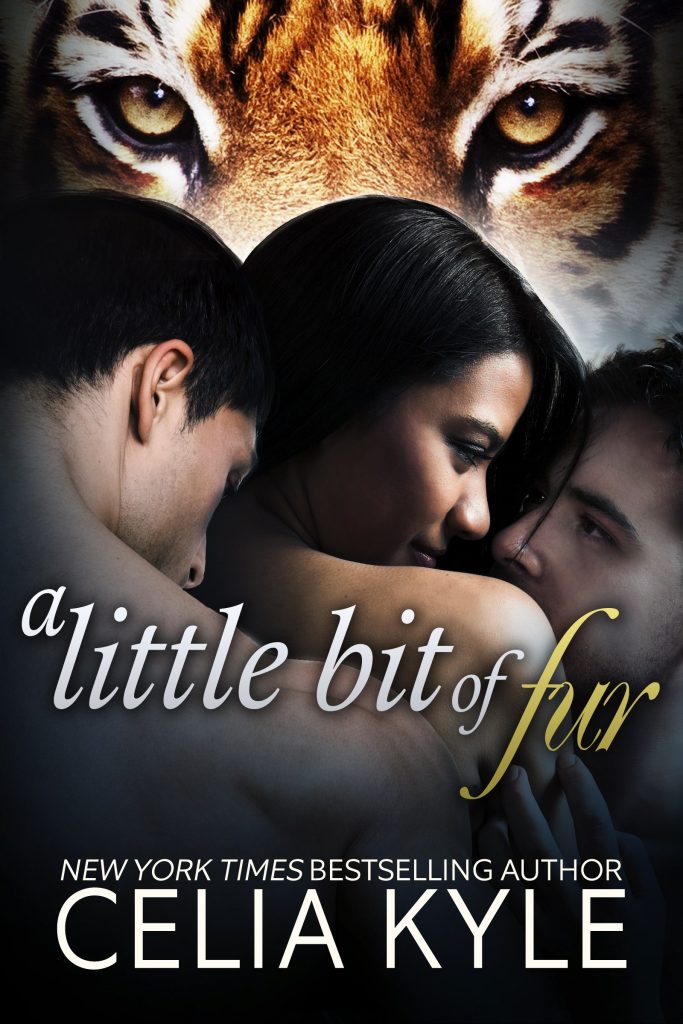 What's a girl to do?

Engaged to be married, full-figured Niccy has resigned herself to a lackluster marriage, both in and out of bed. Just once, though, she wants to experience passion the same way the heroine of one of her favorite books does...by being tied to the bedpost and pleasured by two men.

Finding the men isn't the problem. Neither is the fact that Ian and Chris happen to be the hottest men at Trasola. Sadly for her, they're already mated...to one another.

Will Niccy be left wanting, or will the two men find room in their hearts...and their bed...for a curvaceous woman and her premarital desire?

“What’s up, Cody?” Chris’s crystal blue eyes met Nic’s briefly before turning to his boss. The big man let out a yelp when Ian, the newest and equally hot bartender, walked by and pinched him.

“Niccy wants to get tied to the bedpost.”

He said it. Slipped it right in to everyday conversation like it was nothing. Nothing! And then it clicked. She knew what Cody was doing. Everything was happening just as Lisa described her first introduction to Jonathan. All the way down to Cody recommending a drink and then…

She whirled on Cody. “Tie me to the bedpost?” She looked at the bartender out of the corner of her eye. He was tall, taller than her, but that didn’t say much considering her being barely five feet. But damn, those blue eyes, blond hair and sun-kissed tan got her tingly all over. His pale Irish lover wasn’t all that bad either. She whispered to the man next to her. “You couldn’t be the tiniest bit subtle? Just a little?”

“That was subtle.” And then he smirked. Smirked! The bastard. If he wasn’t a big bad vamp and a good friend, she’d kick him. He leaned close and the temptation to at least smack him rose as he whispered in her ear. “I could have told him to get you a page 156, but since that drink doesn’t exist, I thought I was being pretty damned subtle by ordering you a Tie Me to the Bedpost.”

If she could have, she would have paled. As it was, she felt all of the blood drain from her face and take up residence in her feet. Oh. Shit. Cody had most definitely let Chris in on her fantasies, and since she knew Chris and Ian were sort of a ‘thing’, she wondered if maybe he’d talked to both of them.

The floor could open up and swallow her at any minute. Now would be good. Instead, Chris smiled–a genuine smile similar to all the others he’d bestowed upon her whenever she and her friends came in and she felt a tiny glimmer of hope flicker. Maybe Cody hadn’t said anything…

“Hey Ian,” Chris’s voice rose above the crowd to call to the other man. “We’ve got one lady who’d like to be tied to the bedpost. Think I may need your help with this one.” At Ian’s glaring smile, Chris turned his attention back to her. The ass. “Anything else for ya?”

In for a penny, in for two hundred pounds. “Sure. I’ll take a Slow Screw and a Screaming Orgasm as well.”

“Nah. I’m not big on fuzz.” She tried to avoid his eyes and the mischief she saw there, but she couldn’t. The whole sexual banter thing didn’t go over well with Nic since she wasn’t that sexually experienced. The extent of her knowledge extended to being deflowered by her current long-term boyfriend, and the books she read. And her favorite book was currently in Cody’s custody so she couldn’t even read that.

Minutes later, Chris had her drink orders mixed and Cody helped her get them to her table. Sanctuary. At least with Ro and Sharon with her, she couldn’t get into any trouble. She hoped.

Mates of the Kilgari Boxed Set 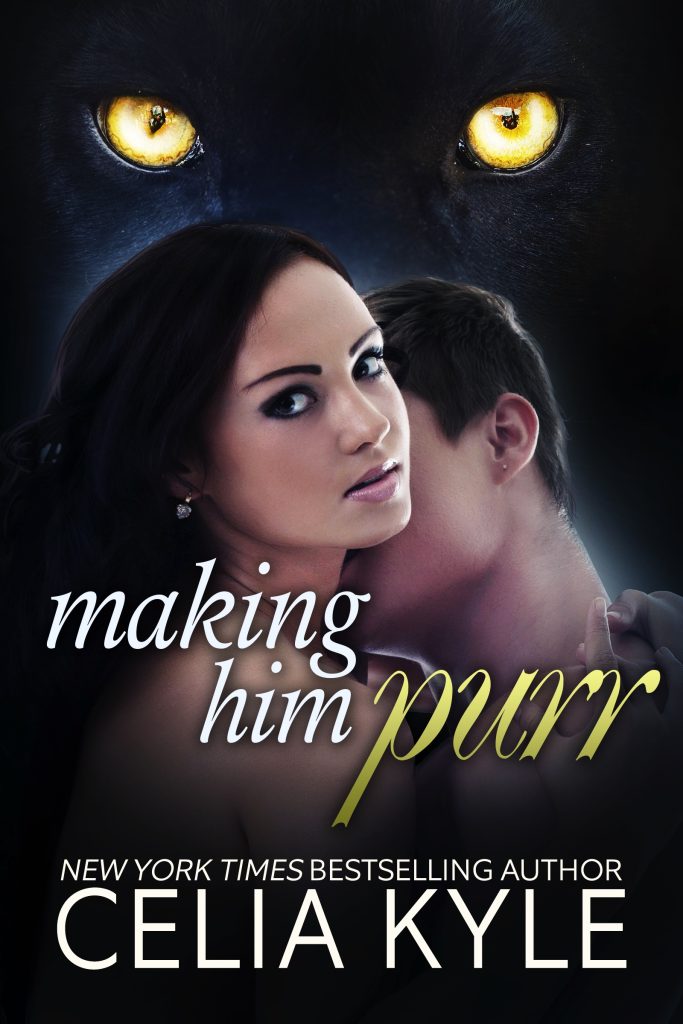 Lisa Bradenton is breaking out of her shell. And what better way to take a walk on the "wild-one-night-stand-side" than a visit to the infamous Trasola? At the urging of her friends, Lisa goes to the bar with the hopes of finding a lover to take her mind off her ex-boyfriend. Soon after walking through the door, she's overwhelmed by the sexy bartender who has a quick smile, seductive eyes, and a deep, rumbling voice. He's definitely one-night stand material. Most. Definitely.

Jonathan and his inner beast crave the sexy, sultry, and curvy siren's touch, but Lisa's smile and a good conversation aren't going to be enough for him. To his surprise, even after he's made love to her, he finds himself craving so much more. The temptress' pretty looks reeled him in, but he's forever mesmerized by her innocence and modest nature. So when she just disappears, after one night of heavenly bliss, he wonders what the hell he's supposed to do? Because Lisa is his mate, and without her, life won't be worth living.

I can do this, right?  Right. It’s one night. Look out world, Lisa Bradenton is breaking out. Boom! There, the shell of her former self was gone and in its place was a vivacious bombshell just waiting to get it on with a hunky guy. For one night only.

Her hands, unfortunately, weren’t on the same page as her thoughts. They were sweating and clammy, and absolutely refused to release the steering wheel of her car as if they had a mind of their own. This had seemed like a good idea as she got dressed for the evening. Now, after she’d made the hour-long journey, here she sat having doubts.

"The only way you’ll get over him is to have a quick, no-strings-attached fuck. And Cole? Cole knows how to hook ya up with someone who will rock your world. Guar-an-teed.” That had been Rochelle. But what sealed the deal were three little words:  We dare you.  Lisa had agreed her friends were right about needing to live it up a little. As soon as the words were out of her mouth, off they went, planning her little night out all the way down to her pink silk panties. Gah! She was a heifer! What did she need with silk panties? It didn’t matter; her friends had decided she’d be wearing the skimpy panties so that’s what she wore.

The one thing she needed to help her get over her ex was a roll in the hay with a hottie. Then her ex would be out of her system and she could move on. The only problem with the plan was that she’d never been a one-night-stand kind of girl. Like, ever.

Her first and only lover had been her ex, Mick. Or, Mick-the-dick as Rochelle called him. Rochelle always did have a way with words, and her assessment of Lisa’s ex had been spot on. Mick was a dick. Lisa also found out, after a recent and rather enlightening conversation with Ro, that not only was he a dick, he had a small one to boot!

How was she to know? She’d never been with another lover and never even  peeked  at Playgirl. Until she’d had enough of Mick’s cheating, she’d never even thought of being with another man. Now, six months after their break-up, she was sitting outside Trasola, psyching herself up to go inside and pick up a one-night-stand.

Lisa’s cell phone rang and she dug through her purse, searching for the ringing offender. “Hello?”

“How do you know I’m still in the car? I could be freaking a hunky man right now for all you know.”

Rochelle snorted into the phone. “Baby, if you were  fucking  a hunky man, you sure as hell wouldn’t be answering the phone. Besides, I know you remember? I know that you’re sitting in your car, psyching yourself up to go in there. So, go already! You look hot! What’s the problem?”

The problem? Ro wanted to know the problem? Well, she’d never done anything like this before, for one. And two, she’d only ever had sex with Mick. He obviously wasn’t happy with her performance since he cheated on her. What if she sucked at it?

“Why couldn’t you guys come with me? I can wait here while you drive over.”

“No. This is about you getting a grip on your life and what you want. This is not about hiding behind the group. Mick pushed you into the shadows with his insults and controlling behavior. We’re pushing you back out. Get. Out. Of. The. Car. Go and find some one-time lover that thinks you’re the hottest thing on two legs and get the Dick out of your head, once and for all. Cole knows you’re coming in tonight and promises to keep an eye on you so you don’t end up with a freak that’s too freaky. Get going!”

Good Lord, the owner of the bar knew she was coming in and looking for loving.

Could she be any more embarrassed?

Rochelle was right. Crude, but right none the less. Plus, it made her feel a little better that the owner of the bar, Cole, was a friend of Ro’s and he’d make sure she didn’t end up with a total nut-job. Sighing, she let her head drop back to the headrest and closed her eyes. Taking a deep breath, she exhaled it slowly through her mouth before responding to her friend. “You’re right. I’m doing it. I’ll call you guys in the morning.”

Laughing, she clicked the phone shut and put it back in her purse, double-checking to make sure she had the essentials: lipstick, keys, and condoms. Lisa scrambled from the car before she had a chance to second-guess herself, again.

Walking became a new experience for her in Rochelle’s four-inch stilettos, but tonight was about busting out of her old rut. Cute sandals were out, and sexy  freak me  pumps were in.

The shoes and the clothes had all been chosen and forced onto her by her friends.

There was no way she’d have ever gone out in such a tight fitting, short ensemble otherwise.

Lisa had curves. No, not just curves, her curves had curves. Every minute Lisa spent wrapped in Rochelle’s mostly spandex and flowing chiffon clothing she felt like she’d pop a stitch. But the girls had assured her that she looked hawt. Of course, they said it in their best Paris Hilton voice.

Tugging at her skirt as she approached the door, she took a deep breath and stepped into the bar. Looking around she was relieved to see that the interior looked like any other bar. Unless you knew the type of people, human and not, who frequented Trasola, you’d never know it catered primarily to creatures that went bump in the night. She just hoped they’d want to bump her.

Claimed by the Bear