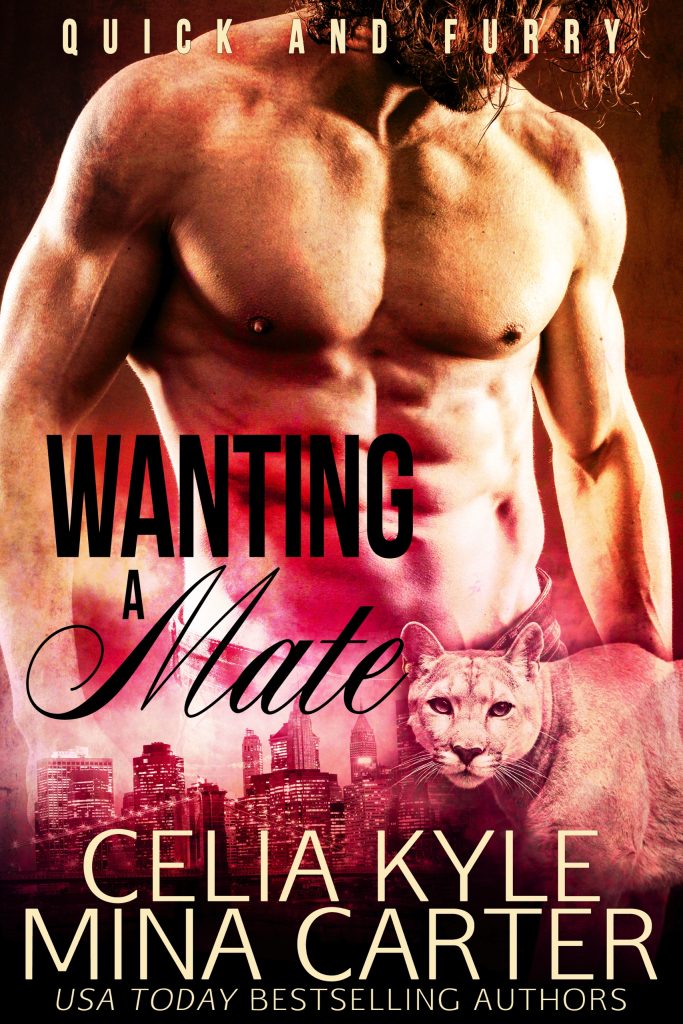 Chloe Hall has tried every dating website out there and continues to connect with duds. Then her mother signs her up for a new dating—mating—service. Human or shifter, everyone is welcome as long as they’re looking for love and not their next bang. Chloe doesn’t care if her mate roars and sheds or howls and smells like wet dog. He’ll be hers. It’s not until she meets Holt—a massive, muscular, totally gorgeous werecougar—that she realizes she really will become a cat lady, and he absolutely drives her crazy.

Werecougar Holt Moore’s animal is restless and craves things that scare the shit outta him: a mate, cubs, and a white picket fence. It doesn’t seem to remember that cougars are solitary animals in the wild, which also applies to his human half. His cat is too dominant to tolerate other shifters and when he’s on two legs, he towers over every human he meets. He’s big and mean and that’s how he likes it. Then he meets Chloe—curvy, luscious, human Chloe—and realizes he needs to add “possessive” and “biggest asshole on the planet” to his list of traits. Well, not all relationships are smooth sailing.

The M&M Mating Agency – They deal in matings, not chocolate. 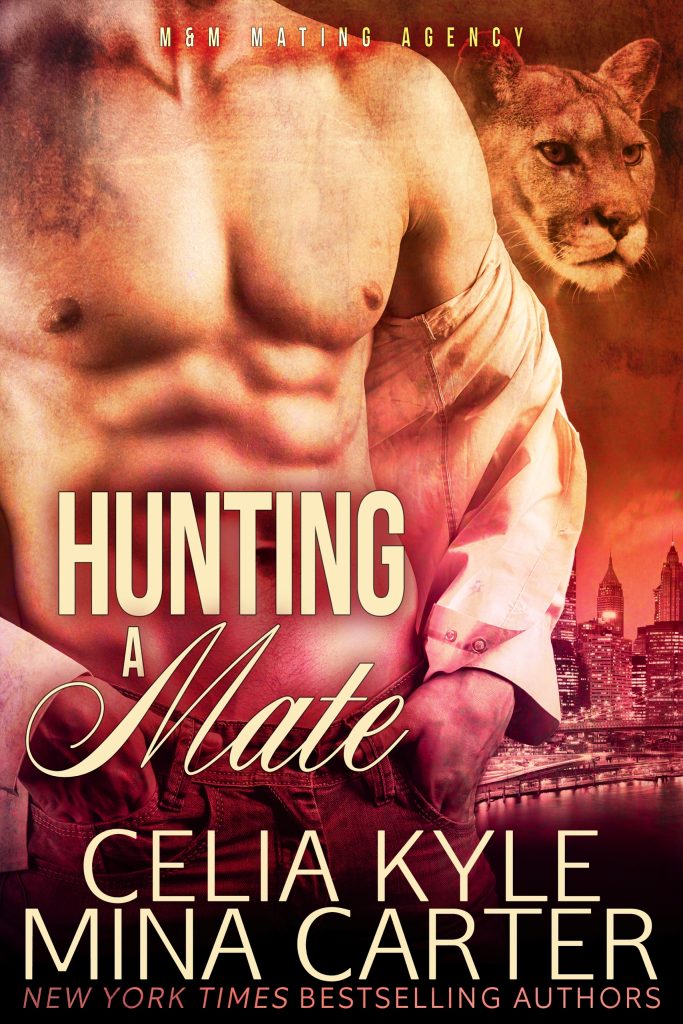 The M&M Mating Agency: We deal in matings, not chocolate.

Does love at first sniff exist? Archer and Paige seem to think so. Well, more like Archer says yes and Paige says no. But don’t worry, they’ll work it out in the bedroom.

Wereferret Paige Baxter has an itty-bitty shifting problem. Mainly she spontaneously shifts, and that’s a problem. Her answer is to remain calm, practice yoga, and stay away from anything that could scare her… or surprise her… or arouse her. Of course, the super-hottie ?hunk of werecougar ?she runs into at the M&M Mating Agency ticks off all three “must never happen at once” boxes.

Paige does what any embarrassed, self-respecting woman would do in that situation—she runs. Unfortunately—or fortunately—cats love a good hunt. 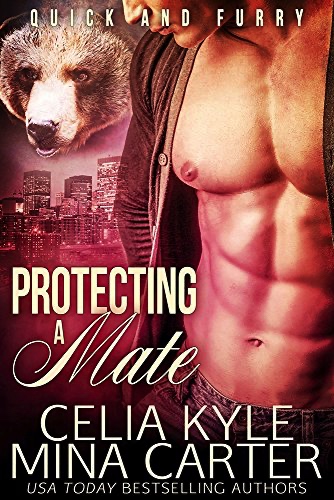 She hit him with a door, so he stole her heart…

When wereferret Melanie Baxter meets werebear Foster Lawson, every part of her ferret stands up and takes notice. After her ex offers to sleep with her sister, Melanie isn’t inclined to listen to his sweet nothings. Then she meets a bear who smells so good, with the muscles and the ice blue eyes. And… yeah.

He wants to take things slow, his bear doesn’t…

Werebear Foster never imagined himself with a mate. Not when his massive animal is constantly on a hair trigger. He definitely didn’t think he’d end up with a sinfully sweet and curved in all the right places wereferret named Melanie Baxter.

His plans for a slow seduction of his mate are destroyed when a man from her past steps forward and tries to take what’s Foster’s. Not. Happening.

Melanie ignored her ringing phone for the fiftieth time. She already knew who was calling and she had better things to do than talk to her asshole ex. Because, seriously? He offered to bang her sister when Paige needed banging and… It really didn’t matter. Right now, she had to get to her sister’s office at the M&M Mating Agency and drop off the file Paige had left at home that she so desperately needed.

Mel figured if her baby sis wasn’t banging her new mate every five seconds, she might have remembered the thing.

But she wasn’t envious or anything.

She scooted into the elevator as the doors slid closed and pressed the button for Paige’s floor. Nervous energy flitted through her as she waited for the thing to freaking hit her floor already. She had to drop this off and then race to the other side of town to begin her rounds of fetching paperwork from each of the Catson Construction build sites.

Because, God knows, foremen for some reason couldn’t stuff their reports in an envelope and mail the things. Or even better, scan and email the information.

Slide a sheet of paper into a slot and push some buttons? No.

She wasn’t aggravated with the males.

The elevator finally came to a gentle stop, a low ding announcing its arrival, and the doors parted.  Melanie strode into the lobby, intent on the receptionist desk which held a very good looking male.

Dark hair, tanned skin, and those eyes… Oh, wait, she couldn’t forget all those muscles either. Her little ferret chittered and wiggled in appreciation for the man. And he smelled… divine. All predator and growly hunkiness. He wasn’t her mate, but he was still sexy as hell.

“How you doin’?” His voice was deep, filled with sex, and… his identity hit her like a ton of bricks. There was one constant at the M&M Mating Agency. Well, two, but only one who drove Paige up the wall.

“I am. Are you looking to sign up, baby?” His gaze traveled over her, from toes to nose, he took in her body. “Lemme start a file on you. Twenty-nine, five-five, and just waiting to hop on my di—”

“I’m looking for Paige. I’m her sister, Melanie.” Melanie forced her lips to form a smile. Her little sister told her Max was a sexual harassment lawsuit waiting to happen.

“Oh.” And like that, his passion was replaced with… fear. “Can you not tell her—”

“Mel! Thank you so much!” Paige raced down the hallway and snatched the papers Mel brought along. “I’ll see you for dinner, and Max, don’t think I didn’t hear you! I’m sending you to sensitivity training. Again.”

Melanie tried not to giggle. She really did. And… failed. She ignored Max’s glare and spun on her heel, anxious to get to her real job.  The one where they actually paid her to race all over the city, stare at hunky, sweaty guys, and pick up after them. Paper-wise, anyway. She’d cleaned up after a guy once, for years, and she wasn’t getting hauled into that trap again.

What had her new friend Chloe’s mom said? When you first start dating and living together, don’t start doing things for him unless you’re willing to do them for the rest of your life. Rest. Of. Your. Life.

Melanie got back on the elevator and not-so-patiently waited for it to return to ground level. Once there, she raced through the lobby and out the front doors. It took no time to hop in her car and then she was gone, racing out of the parking lot toward her first stop.

She pulled onto the highway, blinker clicking, as she merged with traffic and once again her cellphone rang. One good thing about having a steady, asshole ex-boyfriend who never wanted her to work—he bought her everything she wanted and put it in her name. Including the lovely little Mercedes convertible she currently occupied.

She listened to her car identify the caller and groaned when the voice simply said, “caller unknown.” Which meant it could be any one of the job sites.

As she slid across lanes, only a few horns blaring, taking her exit, she pressed the call pickup button. “Melanie Baxter speaking.”

If she were at the office, she’d go into her whole spiel of “thank you for calling blah, blah, how can I make your day wonderful?”

But she was driving, so there had to be some leeway there.

She still hadn’t gotten a response. “Hello? This is Melanie.”

Mel put on her blinker once more and pulled into the construction site, only one horn spouting behind her, following the makeshift road to the construction trailer. The new foreman wasn’t hanging around outside, nor did she spy the truck assigned to the site for worker use.  Which meant she’d be going it alone. Good, yet bad because she would have really appreciated more eye candy.

She turned off her car and looked at the car’s nav screen as if she could see the caller. If the person didn’t answer, she’d have to end their one-sided conversation because she had things to do. “Hello?”

“I saw you.” The voice was mechanical, distorted, and unrecognizable. “I saw you, you little slut.”

Then pure silence, telling her the call had been cut.

Slut? Her? She’d had the same friggin’ boyfriend for years until he decided fucking Paige was in the best interest of his career.

Had to be a wrong number. Had to be. Because otherwise she’d have to be scared and Mel refused to get worked up about it. Not when her life was finally going the right direction.

Melanie snatched her purse, tossed her phone in the bag, and then shoved open the door, swinging wide and right into the path of… a hot hunk of yummy man.

Yeah, he was sweaty and dusty from the site, but that didn’t matter. Not when she took a deep breath, captured his scent and realized the male currently clutching his stomach was one hundred percent hers. 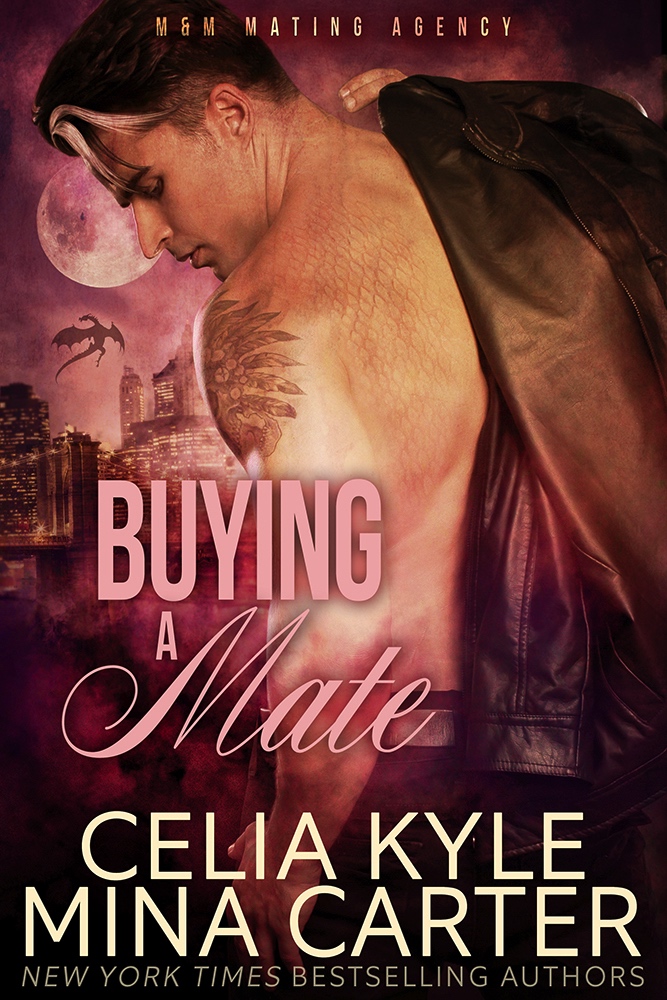 Mate a woman for her millions? Sign weredragon Taron Jones up! He didn't begin life as a mercenary jerk, but being exiled from the clan tends to make a man willing to do a lot to survive. Including mating a human female who isn't truly his mate. Or is she?

Taron's dragon says the curvaceous female belongs to him.

River says she only needs the muscular lickable weredragon for a marriage license and nothing else.

The Browning siblings... They say River will marry this thing over their dead bodies.

And that is too good of an invitation to ignore. 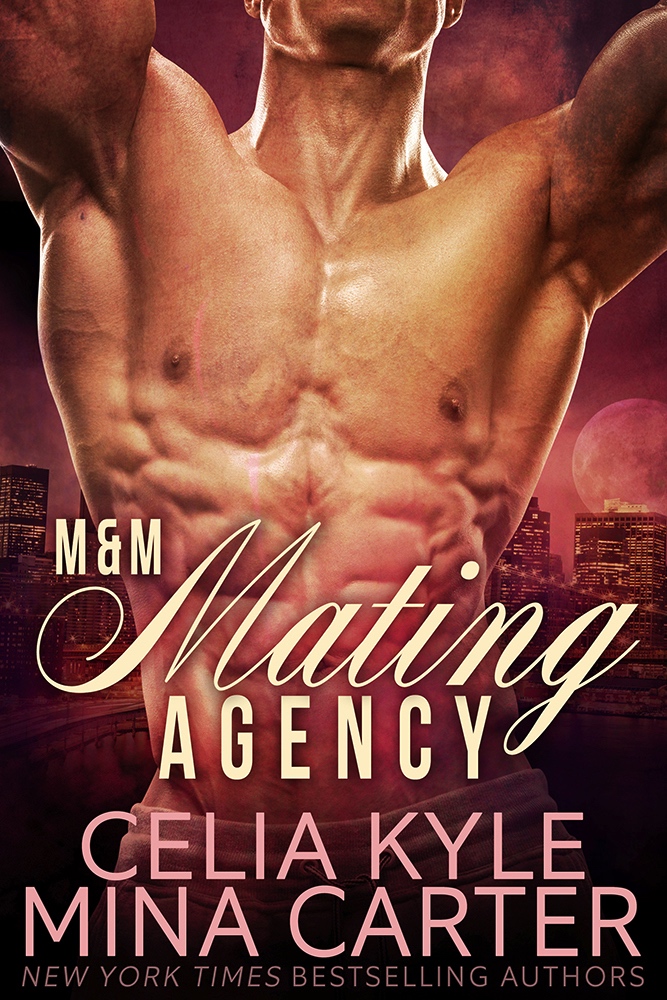 All four of the M&M Mating Agency stories in one volume!

Hunting a Mate - Does love at first sniff exist? Archer and Paige seem to think so. Well, more like Archer says yes and Paige says no. But don’t worry, they’ll work it out in the bedroom.

Protecting a Mate - Werebear Foster never imagined himself with a mate. Not when his massive animal is constantly on a hair trigger. He definitely didn’t think he’d end up with a sinfully sweet and curved in all the right places wereferret named Melanie Baxter.

Buying a Mate - Mate a woman for her millions? Sign weredragon Taron Jones up! He didn’t begin life as a mercenary jerk, but being exiled from the clan tends to make a man willing to do a lot to survive. Including mating a human female who isn’t truly his mate. Or is she?

Claimed by the Bear