Saved by the Billionaire Bears 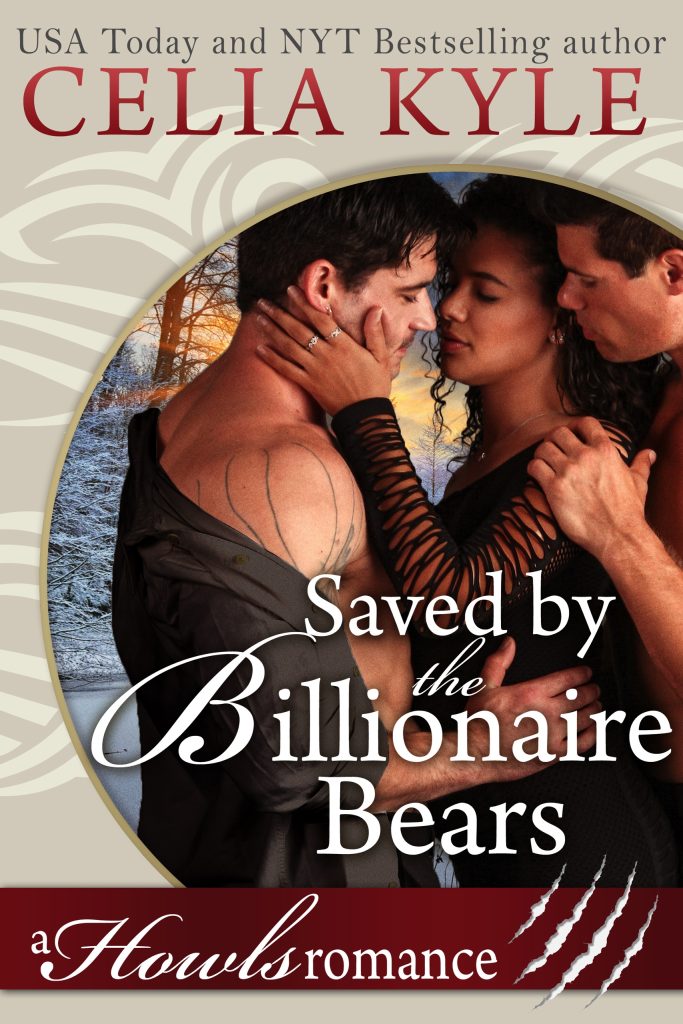 Christmas Eve is a time of love, joy, and… getting it on with two hunky bear shifters.

Tessa’s life has turned into a country song—she lost her job, her roommate, and her parents have holiday plans that don’t include her.  At least she has her boyfriend. Until she finds him in their tent with his hands full… of another woman. One stomp-off later, she’s lost in the mountain wilderness—alone, afraid, and still angry as hell.

Thankfully sexy bear shifter Aaron smells her terror and insists on helping her back to his camp—there’s only two problems. First, according to her scent, Tessa is Aaron’s mate. Second, he’s not the only one who can claim her. There’s Aaron’s equally sexy brother, Scott, who also wants Tessa. When an outside threat almost kills Scott, Tessa is forced to face the truth—she's just as enamored with Scott as she is with Aaron.  She wants them both!

Tessa has never been attracted to two men at once—and when they inform her that they’ve both imprinted on her, this Christmas surprise has her considering arrangements she’s never imagined…

This standalone holiday romance has hot territorial bear shifters, a smart heroine, and plenty of steam under the stars.