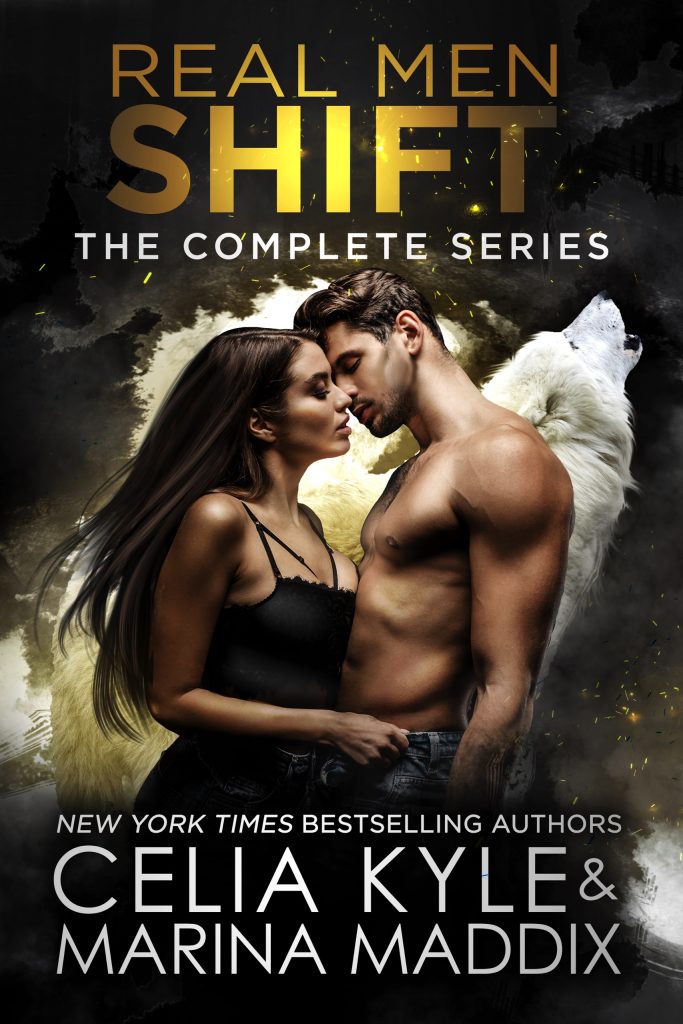 They’re werewolves—fierce, dangerous, deadly, and… hunting for their mates.
Grab the entire bestselling, scorching hot Real Men Shift series in one boxed set and save over $10!
Real Men Howl - Mason Blackwood’s inner wolf will go crazy without her. Lucy thinks he’s already crazy. Werewolves aren’t real. Right?
Real Men Snarl - Ally doesn't want to have anything to do with werewolves. Kade Blackwood is a werewolf who wants to do everything to Ally.
Real Men Growl - Gavin Blackwood expected gratitude, but what he got was a gorgeous she-wolf who defied him at every turn.
Real Men Scratch - Who knew getting kidnapped could be so fun?
Real Men Bite - His wolf wants her to submit. She wants him to heel.
Real Men Claim - He lost it all… until he found her.
Real Men Hunt - She's willing to sacrifice anything to save Wolf Woods from developers—including love.  He refuses to let her.