Not So Little Green Man 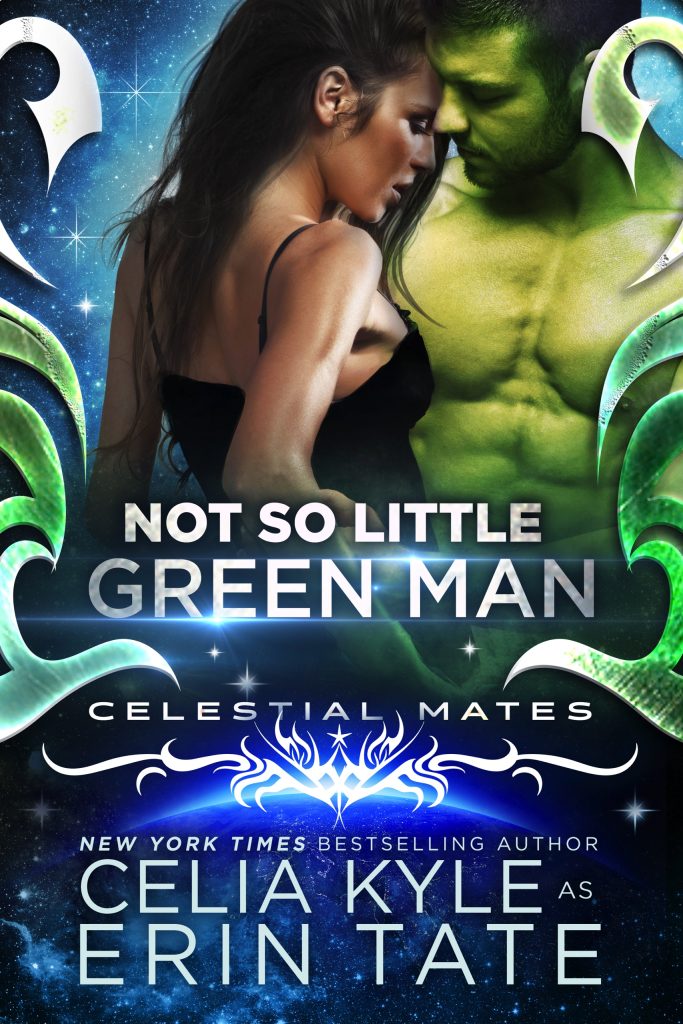 What’s a big, bad (sometimes green) alien to do when he wants a mate who isn’t motivated by greed?  Contact Celestial Mates. After all, their business is romancing the galaxy.

Since she’s creeping up on the age of bearing service, the Earth government wants Jassa to have a baby and then hand it off for a family to raise, but Jassa wants her own family.  Which means calling Celestial Mates.  One questionnaire, a bit of blood, and a race to get away from the Department of Population, and she’s got her wish—tall, sexy as hell, and occasionally green alien Vroe, the High Warlord of Vialea.

Vroe aches for a mate who doesn’t see him as just a rise in status. He wishes for warmth and affection and goes to Celestial Mates to find… Jassa Marizen.  Yet his ideas about mating—Jassa mating him and forever being known as only Vrya—collide with hers.  She doesn’t want to lose her past. He wants her to embrace her future.

And then there’s this other woman… She just wants Vroe to herself.

Running was definitely not Jassa Marizen’s forte. Sitting. Talking on a comm. Calculating her chance of survival over the next ten minutes—maybe fifteen due to being a crappy runner—was within her day-to-day toolbox.

Running for her life? Not so much.

But that didn’t mean she wouldn’t give it a try.

She panted, chest heaving, while her lungs fought to bring in more and more air.  Her feet pounded on the smooth metal path that lined the hovway.  Vehicles raced past, the wind pulling at her long hair and tugging on her clothing.  The vortex of spinning air pushed her to and fro, left then right, then left again with each speeding hovcar. It was what came from running—literally—down the middle of the hovway.

Male voices followed her, curses and demands crowding the air and battling with the rushing breeze that overwhelmed her hearing.  But she knew they were there.

She was too good of a prospect for them to allow her to escape.  Her genetic code…

Jassa swallowed hard and pushed herself to go faster.  She had one destination in mind, one chance at freedom, and she wouldn’t be defeated by a simple lack of cardio.

Although, cardio was at the top of her list once she got to her new home.

If she got to her new home.

When she got to her new home, she’d work on increasing her stamina. There. Positive thinking would get her through the mess she’d landed in. At least she hoped. Because if she was caught after trying to flee… Yeah, things wouldn’t go well.