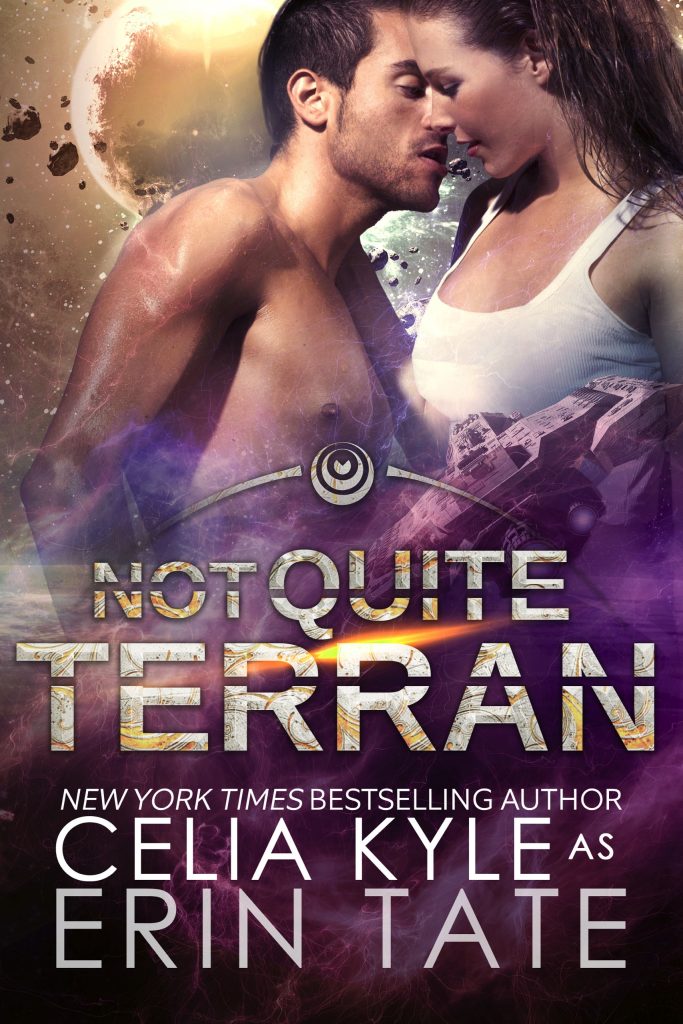 Rebecca’s job is to keep unsanctioned aliens off Rilli Space Station. Aliens like Karru C’Hali. He’s heavily muscled, gorgeous, seductive… and unsanctioned. And he wants her!As an intake officer for six years, nothing surprises Terra-born Rebecca Varda anymore. Nothing. Except the arrival of Karru C’Hali, Overlord of Palia. He’s nearly seven feet of honey-skinned, heavily carved and deliciously muscled male, and his presence has her heart racing with apprehension. Not because he’s unsanctioned, but because Palia—and their people—are a myth. Maybe.

Even if they aren’t, he can take his unsanctioned alien ass off Rilli. When he doesn’t, she decides that if he wants to run afoul of the station director and end up in a federation holding cell, it’s no concern of hers. Until it is. Rebecca finds herself wrapped in Karru’s arms and embroiled in the drama surrounding Palia, Rilli, and a long lost royal family line that ends with… her.

Rebecca had learned two things during her six years of service as an intake officer on the Rilli space station—how to fend off an eight-armed Mazon from Ladza with a Terran fork, and that a smiling Varr was never a good thing. Ever.

She ignored his approach, pretending the alien wasn’t skirting the clearly marked pathway from the station landing platforms to intake. Rilli had a clearly defined and oft transmitted set of protocols that each and every ship was required to recognize upon approach and landing. Apparently, that didn’t include Varr. At least he didn’t seem to think so. It was only their long association—she would call it friendship if his kind had such a thing—that kept her from sending a correction jolt to his federation identifier.

A small, three-legged Luvendari leaned over the pathway barrier, breaking the perfectly organized line this group had established. “Why does Varr not must wait?”

He skittered beyond the barrier, his talon-like feet clicking and clacking over the station’s metal flooring. A rush of goose bumps slid down her spine and the hair on the back of her neck rose with the sound. Something got to her when she heard the rhythmic clatter of their small claws. It was one reason she ensured the Luvendari adhered to federation protocol without fail. Because if it was ever broken, both Rebecca and the offender would be called to the stationmaster’s office. She did not want to be secured in a small room with one of their kind.

She reached over and tapped a single key on her console. The soft press changed the pale white glow of the guide lines along the ground to a sickly yellow. “Federation code 17647 subsection 721.3 states all visitors to a federation sanctioned facility must first process through intake. Failure to do so will make the offender subject to correction. You have three tics to return to your position in line. Comply.”

Varr finally arrived at the front of the line and stood to the left of her current arrival in process. “Hello, Rebecca. This morning is good?”