Nibbled by the Vamp 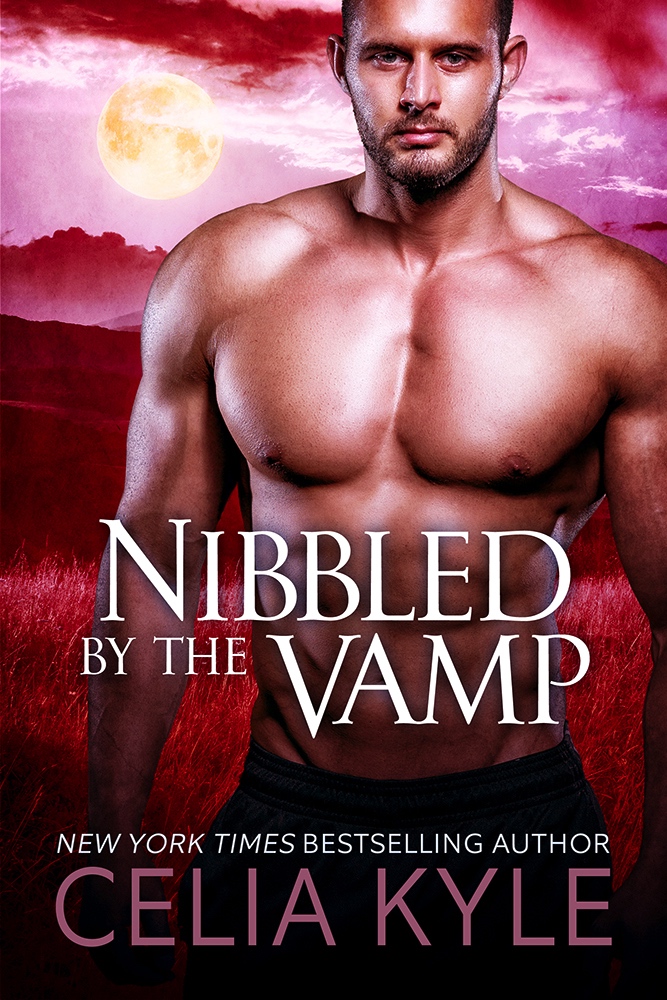 Wren Minix knew vamps were real. Totally.  But mean fairies?  Fairies weren’t supposed to be mean!  But they are, and she really thought she was gonna become fairy dust if it hadn’t been for the super hunky vampire that saved her.  Had she mentioned hunky?  And, hey, giving him a little snack in return was no bigs.  He helped, after all.  Except she wanted one nibble to turn into two and then…oodles.  And she’d tell him so…just as soon as she finished tasting all of those yummy muscles.

For three hundred years, Griffin Linch has protected the city of Atlanta as one of its Knight Protectors, a vampire with a cause.  Each night he turns other predators into prey and keeps the citizens of the city safe from the bad things that go bump in the night.  But it’s one, lush, curvaceous and smart-mouthed human that he’s rescued and can’t get out of his system. She’s it for him. The perfect package… the perfect mate… if only she could keep her mouth shut long enough for him to tell her.

Wren decided running was bad with a capital “B”. Well, maybe not the running per se, but the reason behind it all was definitely on the fuck-me-in-a-bad-way train.

She knew walking had been a mistake. Huge. Gargantuan even. Sure, that morning she’d been filled with optimism. The first day on the way to a new Wren. Or, at least, a healthier version of her.

If she was honest, she kinda dug her curves. It was just the out-of-breath while trudging up stairs part that she had been getting tired of.

So she’d walked the ten blocks to work, sneakers on her feet and heels in her bag, optimism filling her from her big (non-implant) breast-eses down to her Kim Kardashian-esque badunk-a-dunk. Now, thirteen hours later at the end of her workday, she realized that had been a mistake. The streets along her route were lit by smatterings of lights and felt way too empty. Way.

Then, her world took a nose dive. Three blocks from her office she passed a dark alley, one of the many lining the street, and a bright flash of blue caught her attention. Showing more stupidity than sense, Wren paused at the mouth of the darkened space, squinting into the gloom.

“Help me…” The voice was soft, definitely feminine, and growing weaker by the second. “Please…” Those lights swirled round and round, darting and splitting the blackness. God, it was probably a bunch of club kiddies with those stupid glow lights attacking some woman. “No…”

“Shitshitshit…” Wren dug in her purse and snagged her cell phone, poking at the touch screen, jabbing the surface and waiting for it to respond. It didn’t, of course. Because she never charged the fucking thing.

Okay, she could bluff her way through this. Totally.

“Hey!” She took a step into the pitch black alley. “Leave her alone! I’m calling the police!” She waved her phone in the air and took another step. Wren slipped her purse from her shoulder and gripped the straps. She could swing it around and get at least two of the woman’s attackers. She carried all but the kitchen sink in her bag and it was hella heavy. “I mean it, assholes!”

The swirl of the lights stuttered, came together and gathered into a large multi-colored ball. And, oh crap, there were a lot of them.

An eerie quiet descended; even the gentle wind had stilled. Wren’s heart thumped double-time as adrenaline poured into her veins.

Then, those sparkles surged forward, racing from the end of the alley and right at her, rushing over the ground. And, fuck-tastic-ness, she didn’t hear a single footstep keeping time with the rapid approach of the lights.

Wren did the only thing she could think of. She ran. Spinning on her sneaker-clad heels, she dashed back the way she’d come and burst onto the sidewalk. She’d send someone back for the woman. Just as soon as she regained her sanity.

Her fat jiggled, breasts bouncing as she raced down the street, breath coming in great huffing puffs. One foot in front of the other, she ran as fast as her short legs could carry her. Damn her parents. Couldn’t they have been taller so that she would have been blessed with a longer stride?

A grating buzz crept upon her and she spared a glance over her shoulder. That was a mistake. Those lights definitely didn’t have a single club kiddie among them. No. The closer they came, the more detail she could make out.

Fairies. She was being chased by multi-colored, snarling, big-toothed fairies.

Oh, god. Fairies were supposed to be nice. Hadn’t they heard of Tinkerbell?

Growls seemed to surround her and she could feel the rhythmic beat of rushing air upon her back, small hands snatching at her hair as she ran. A sting of pain scratched at her neck and she cried out at the slicing hurt. Then another. And another.

Those lights washed over her then, surrounded her, and she batted at them as best she could, pushing the fairies from her face. God, how far had she run?

The little flying balls of evil grasped her arms, sunk their tiny teeth into her skin and she screamed again. They were everywhere, flashes of blue, pink, orange and yellow wrapped around her in a buzzing¸ pain-filled cloud.

She hadn’t realized she’d stopped until a large, cool hand enclosed around her arm and yanked her into an alley, the pitch-black air swallowing her.

A deep snarl enveloped Wren, wrapped around her like a comforting blanket.

How fucked was it that she was soothed by a snarl?

A large body stood before her. Wide shoulders covered in barely contained muscles blocked out the swirling lights that had surrounded her only moments before. Thank god, she’d found someone who was able to banish the hallucination.

Warm wetness slithered down her arms and she glanced at her body…blood, the red, viscous, life giving fluid flowed from dozens of suspiciously rounded wounds. She rubbed her face and winced at the ache that flared to life and the need to faint washed over her at what covered her fingers.

A roar snatched her attention from her body, the sound followed by a flaring white light that blinded her for the briefest of moments and then blackness swallowed her whole.

For real this time. Because, well, she passed the fuck out.