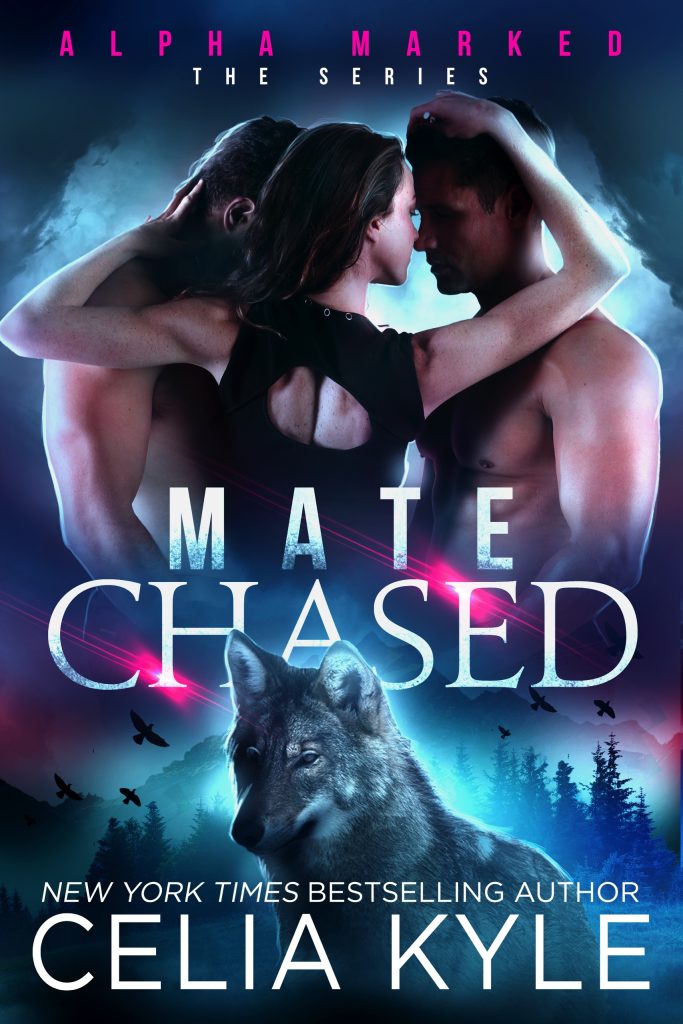 Thirty and single? Well, getcha ass to the Gathering! Wait… what?

Lorelei is a hint over thirty—nobody better ask how much of a hint—and isn’t sure why the hell she’s been magically hauled to the land of werewolves. But she has. Which sucks. At least they stole her while she was at the gun range. Go Pink Pistol of Doom! So, they stole her, she stole a cell phone in return, and all is crazy in her new werewolf-laced world. It gets even crazier when, 1—she discovers her sisters have been kidnapped, too, and 2—werewolves are sexy as all get out. Lorelei is determined to come to her sisters’ rescue and well, see what Dylan and Zeke have to offer.

Dylan and Zeke can’t believe they’ve found their mate. Even though word was passed around that Wardens can have mates, they never thought they’d find theirs. And yet, here she is. Lorelei—gorgeous, lush, and curved in all the right places—calls to their magic and heats up their wolves. They want to lick her from head to toe… together. And they will, once they get that little gun out of her hands. Hell, maybe she could keep it. She is sexy even when she threatens their lives.

They found her and now they’re gonna mate her… as soon as they take care of the powerful five families threatening to take Lorelei from them. Blood may be involved. Sucks to be those guys.

Anyone who said sleeping behind a potted palm tree was uncomfortable was… right.

Lorelei twisted and wiggled as much as she could, trying to find a comfortable position. Then she squirmed the other way and sighed when her back cracked. There, that made things a little better. She leaned back, resting against the wall, and once again silently thanked the hotel’s interior decorator for giving her the perfect hiding place.

Twenty-four hours into this psychedelic run from hell and she was ready to call it a day already. Except, the more she watched two-legged people turn into four-legged wolves, the more she realized this whole episode might not be a psychotic break. It could, in fact, be a little bit real. A teeny tiny bit and she’d only admit that to people who were not holding white coats that had all of those scary straps and buckles.

But she wasn’t ready to fully accept the fact that werewolves were real.

And hot. But she wasn’t addressing that, or thinking it, or even pondering how every man she’d spied was all hot and sexy from head to toe. Hot bared repeating.

Right. Not addressing because she had other things to think about. Such as how long could she remain undetected? Or, how could she get off the grounds, figure out where the hell she was, and get home?

Lorelei’s stomach grumbled, reminding her she hadn’t eaten in a while. Nice. Add low blood sugar to her ball of fucked-upped-ness.

She also figured since she was having a little pity party, she’d take a sec to whine about her whining.

Lorelei took a deep breath and fought for calm. She had allowed herself to panic for the first hour—or several—yesterday and it was time to get her poop in a group and focus.

Since she was awake at the butt crack of whatever o’clock, she figured she could figure out what was on the agenda for the day by turning on the cell phone she’d stolen. She’d feel bad about being a thief later. Or never.

She shifted and shimmied until she no longer slouched. She sat cross legged behind the tree, the massive pot keeping her hidden. A quick glance showed no one had stirred, and she was still alone in the hallway. It spanned a good thirty feet wide, the floor covered with large marble tiles. They shined in the dim light, creating an ethereal glow. She knew it’d sparkle as the sun rose, but this shine was calming.

She was still on the run.

The good news was the tiles would announce anyone coming. There was no way to not be heard walking over the hard surface.

Lorelei raised her head higher, taking another quick look before she settled in. The gun she’d been holding when she was snatched rested on the floor beside her, the glaring pink contrasting with the beige marble. Her only saving grace was the weird black hole thing that transported here had appeared while she was at the gun range. Of course, she’d also been instructing a class on safety procedures, and she had no idea what they’d seen. She wondered if they’d rallied a search team or if what’d happened was somehow masked.

FYI, Lorelei, you’re not gonna think about the black hole thing or what created it or even how it was created.

She was losing it. She was now talking to herself. Nice.

One second she was pointing out her little .22’s safety and the next she was standing on a roof, wind whipping her hair and the rush of air cutting off any other sounds.

Not long after that she discovered werewolves were real. And they didn’t seem too concerned with a woman emerging from the rooftop stairwell.

They obviously weren’t big on security.

Lorelei felt her panic rising and rushing forward, reminding her she’d been magically dragged to a hotel in God knew where and she was alone with a bright pink gun and a stolen cell phone.

The pink had seemed like a good idea at the time. Now that she had to be circumspect, she realized black would have been a better choice. Or even purple. The eggplant would have blended in better than neon pink.

She was letting her mind wander again. Dammit.

She shook her head and focused on the smartphone. She held down the button at the top and waited for the manufacturer’s logo to appear. It wasn’t long before the device was asking her for a password, and it took even less time to gain access.

The phone’s owner had practically asked for the thing to be stolen when he left it on the windowsill. And then he made the password 1234? Seriously?

He should have just offered it to her on a silver platter.

The cell phone was still on silent, not making a sound as it displayed the home screen. Small numbers appeared by each icon, signaling that the previous owner had several emails and texts.

Lorelei only felt a tiny bit guilty reading them. Tiny bit. Considering the hot guy was probably a werewolf, her guilt took a mini-vacay.

When the numbers quit increasing, she began with texts.