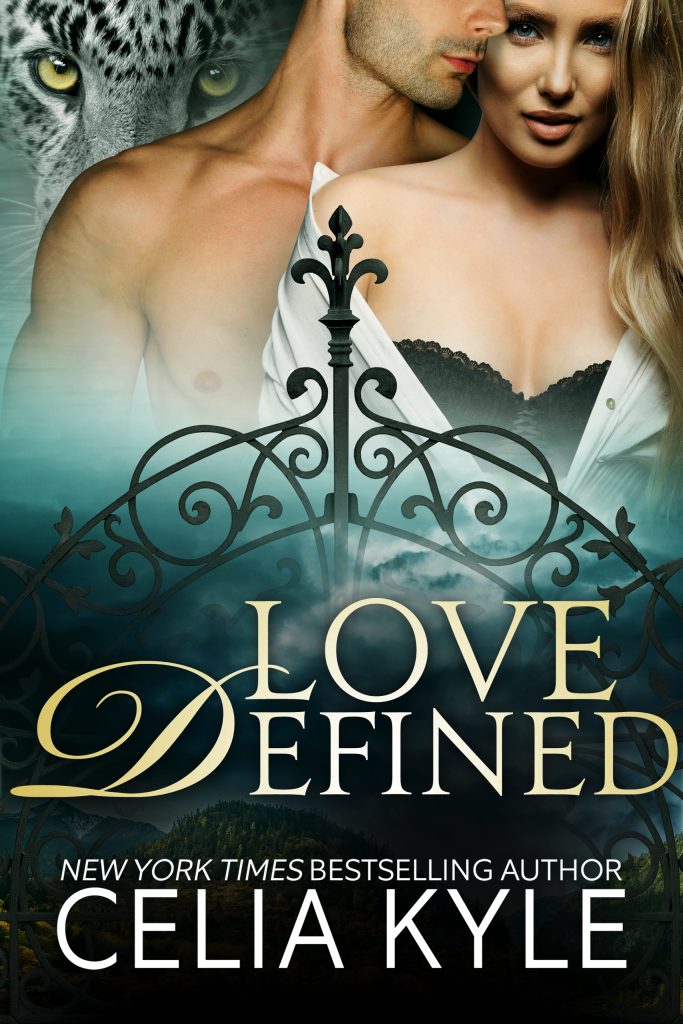 As a child of Gaia, Mattias Kilgrey has the ability to shift from human to snow leopard at whim. That is, as long as his goddess allows it. Tired of the hustle-and-bustle of everyday life, Mattias is long overdue for a much needed break. Through a friend, he’s able to book a reservation at the San Ani Exotic Animal Sanctuary–as a snow leopard. With Gaia's blessing, he begins his not-so-brief vacation with nothing but relaxation on his mind. The last thing he expects is to meet his mate at the sanctuary…but praise Gaia, he certainly does.

Dr. Virginia Taylor jumps at the chance to help a snow leopard in need. If only she could find her glasses… Clumsy, quirky, and filled to the brim with love for big cats, she's the answer to San Ani's prayers. But what's a girl to do when the snow leopard she's called upon to help turns into a hunk she'd like to bed? Well, run, of course. If only she could stop tripping over herself at every turn.

The shrill ring of the bedside phone yanked Mattias from his sleep. Jolting up in bed, he reached for it and answered with a growl. "What."

"Mr. Kilgrey, this is Minerva from the Bangkok headquarters. We have not yet received your approval on–"

Throwing his legs over the side of the bed, he rose, shrugging off Jessica's hand as he stood. Striding to the sitting area of his home, he ran a hand through his hair. "Minerva, do you know what time it is?"

"Exactly one forty-three p.m., Mr. Kilgrey." Of course his assistant on the other side of the world would know the time. There.

"So that means it's what time here, Mini?"

Lord save him. He really needed to start hiring assistants for their merits and not for how they filled out a suit. "Exactly. Call me at a reasonable hour, or don't call me at all."

Pressing the off button, he slumped onto the couch, resting his head on the back. The midnight calls needed to stop. Hell,  all  the calls needed to stop. His Blackberry, charging on a nearby table, vibrated, indicating a new email had arrived. Perfect. Didn't anyone in the world sleep? Mattias needed a vacation, and he knew just the person to call. Dialing the number from memory, he listened to the ringing of the phone, waiting for someone to answer, not caring that he was waking the man on the other end of the phone. This is what he paid for by donating to the place.

"What?" the voice on the other end of the phone growled.

"Yeah. Who's calling? And you'd better tell me someone is dead for you to wake me up at this hour."

"Richard! Is that any way to talk to the man who pays your salary?" Okay, he didn't pay Richard's salary, but he did donate enough money to the sanctuary Richard worked for to cover the man's salary.

"Yes, it is, when he wakes me up in the middle of the night and doesn't even bother calling on a secure line. Asswipe."

Laughing, Mattias reclined on the sofa, lying back and sinking into the cushions as he stretched out. "Secure schmure. I'm not getting into specifics, just calling to schedule a little vacation. Nothing wrong with scheduling a vacation is there?" Mattias smiled; just thinking about taking time off put him in a better mood.

"No. Some people could wonder why you called me, of all people."

"Dick, I need time away. Can you work it out or not? I'd rather come to your place than take my chances in the wild."

His friend's sigh could be heard over the phone. Mattias envisioned Richard running a hand over his face and rubbing the back of his neck as scenarios flashed through his mind. "Yeah, but you won't like it."

"So will the female you'll be staying with."

"It's the only way if you need to get out of Dodge now, Matty. Take it or leave it."

Rubbing his temple with his fingertips, Mattias' mind flipped through all of the other places he could go to get away from the world. None of them compared to being under Richard's care. "Fine. But I'm not responsible if the damn female gets frisky, Richard."

"I'm sure you can handle yourself. But remember, standard rules apply."

"Yeah, yeah. Play nice with the natives; keep my teeth and claws to myself. So when can I come?"

Richard sighed again. He seemed to be doing a lot of sighing with Mattias. "Give me a week and how long are you staying?"

"Yeah, a week. I need to get the paperwork done and schedule a truck for you. Same pickup as last time?"

"Great. I'm going back to sleep, my friend, and I suggest you do the same. I'll see you in a week."

Mattias heard the click of Richard's receiver landing in the cradle and pressed the off button on his phone. A week. One week from today and Mattias would be relaxing and resting with no phones, email or computers to wake him up at all hours of the night. His business could be managed by others while he took a week or two off for himself.

Rising from the couch, Mattias padded toward the bed where his woman of the week awaited. Slim and trim, with curves in the socially acceptable places, she appeared to be the perfect woman. For someone else. But as long as he acted as the figurehead for the family company, he had to have a walking, talking doll on his arm. Enter, Jessica.

Nearing the bed, he lightened his steps, not wanting to wake her. Sliding beneath the sheets, he thought he'd managed to get away with it. He was wrong. Her bony, cold hand slid along his waist, coming to rest on his hip, while her lips brushed across the back of his neck.

"Just Mini calling from the Bangkok office. She needed approval on something. Go back to sleep, Jess."

Her hand, now warmed by his heat, slid lower, fingers sifting through the hair at his groin. "Mm. I know of a cock I'd like to bang. Any objections?" Jessica's hand wrapped around his half-hard cock and squeezed the shaft, milking it with a mixture of strong and tender strokes.

"Not…" Her fingers grazed the tip of his erection, swirling around the crown. "At…"

He sighed, his cock filling with blood. "All…" He moaned, low and deep.

Mattias rolled from his side to his back, giving Jessica more room. She took advantage of his new position, sliding the sheet down and exposing his naked form.

Propping his hands behind his head, he let her look her fill. She sat up, giving her use of both hands.