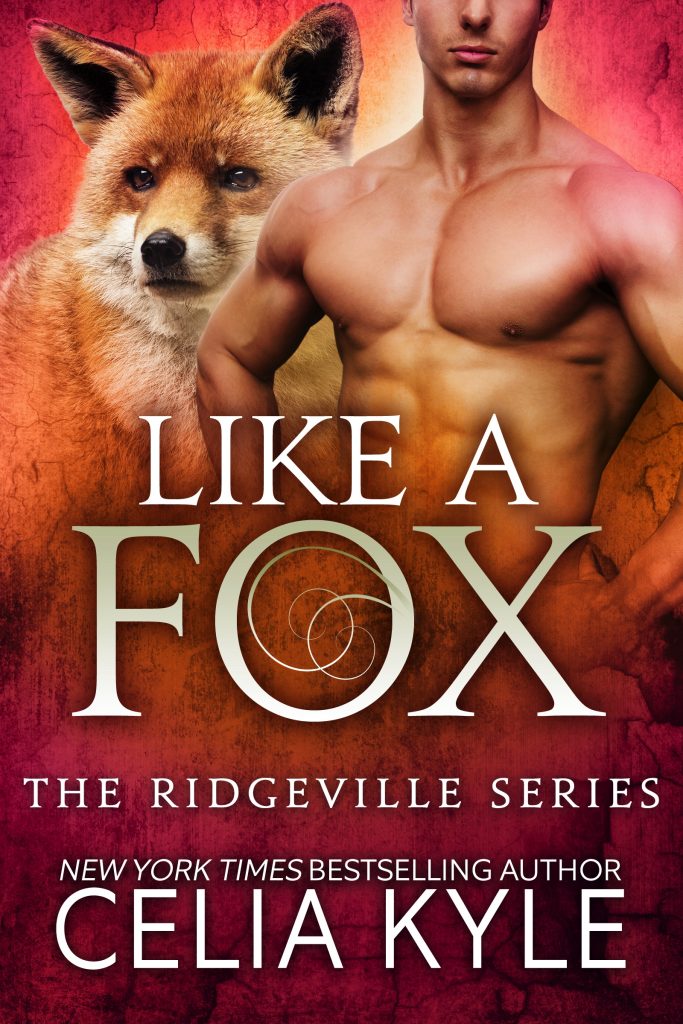 Gavin Mara is a fox shifter passing through Ridgeville, just stopping to visit his sister. Then he’s traveling to Chicago to begin his job as Director of Communications for the Council. It’s supposed to be a small vacation before the stress begins. Alistair McCain—ex-leader of Freedom—is now dead, and the shifter world is in turmoil. While the Council sorts things out, it’s Gavin’s job to keep everyone electronically connected.

And he’ll get right onto that just as soon as he claims his curvy lioness, Gina.

“Love at first sight doesn’t exist. There is, however, love after five orgasms in one boinking.”—Maya O’Connell, Prima of the Ridgeville Pride and woman in love. Alex is such a giver…

The alluring, seductive scent of his mate woke Gavin Mara from a dead-to-the-world sleep. He bolted upright with a gasp, rock-hard cock stiff between his legs and a sheen of sweat on his brow. He drew the flavors into his lungs, and he had no doubt that his mate was a cat…and very, very close by.

He took a deep breath… Yes, she was a purring lioness. He knew those underlying, feline scents. He’d been visiting his sister Elise in Ridgeville ever since she’d mated her werelion Brute, and Gavin had come to recognize the various shifters the town held.

Would she roar for him? Or better yet, purr?

The heavy aroma of breakfast from downstairs in the Drool and Dine reached out to him, distracting him momentarily. Well, his stomach, anyway.

Each time he visited his sister, he rented the room above the diner, unwilling to share Elise and Brute’s home. He liked the guy. He just didn’t want to listen to his sister have sex with the gigantic lion.

Rushing from the bed, he scrounged around for something to wear. He was spending his last week of peace in Ridgeville, and he’d wanted to visit with Elise before he began his job in Chicago with the Council. They’d hired him to be the Director of Communications. He snorted. Tech support with a fancy name.

Gavin tossed clothes around, sending T-shirts flying as he hunted for something freaking clean to put on. God, he should have taken his sister up on her offer to do his laundry a few days ago. But he’d had a plan, a stack of quarters, and a Laundromat down the street. Right.

Digging into the bottom of his suitcase, he came up victorious, clutching a semi-wrinkled, thin T-shirt he’d forgotten about.

“I Lick!” was emblazoned across the front in bright red letters.

His sister thought it’d get him a little action since “all ladies like a little downtown lovin’.”

Another round of searching netted him a pair of jeans with some sort of weird stain on the leg. He brought the fabric to his nose and sniffed. Well, at least it wasn’t a toddler by-product. He’d gotten enough of that from the pride Prima’s twins. The fuckers were messy little things.

The A/C kicked on, and more of his mate’s alluring scent drifted to him. Shit, he needed to get down there. Now. Before she managed to get away from him.

Gavin rushed to the front door, slipping into a pair of worn sneakers on the way, and then he was outside, pounding down the metal steps. Clang clang clang clang. He sprinted around the side of the building and raced toward the front entrance.

He looked through the windows and scanned faces while he ran, attention adeptly split between the space in front of him and the interior of the diner.