Hunted by the Alien Pirate 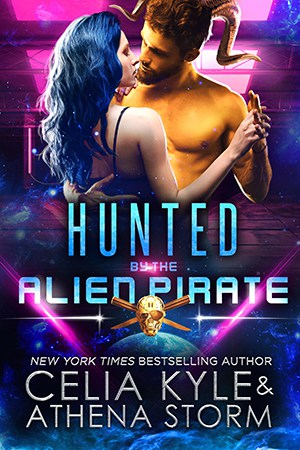 He’s one of the most skilled alien engineers in the galaxy.
And he’s got my motor running.

I can’t get enough of Montier.
Those broad golden shoulders and big arms that want to sweep me off my feet...
Those alien bedroom eyes that look into my soul...
Those abs that I want to feast on...
It’s enough to make any human woman swoon.

Except we don’t have time to swoon when we’re in constant danger.
The people who kidnapped me have chased me around the galaxy and they’re not giving up.

We don’t know why they want me and my friends so much.
Hell, we don’t even know who they are.

Until Montier finds something that could blow this thing wide open.
It’s a gamble, but we’re willing to wager everything.
It’s dangerous, but the alternative is death.

This gorgeous horned alien man is my fated mate.
He’s sworn to protect me till the last star vanishes.

And now he’s going to lay it all on the line to keep me safe.

Because otherwise we’re all gonna die.