Hungry for the Alpha 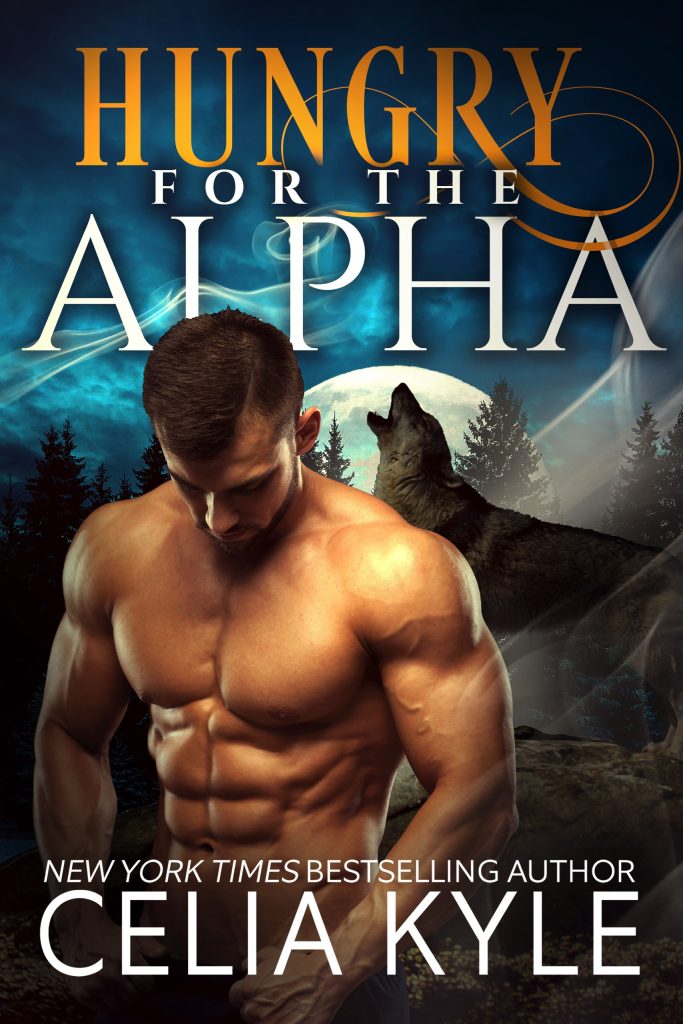 Can cats and dogs get along? Maybe. What about werelions and werewolves? Well, if the wolf would just get his head out of his…

Mitchell Blake’s wolf can’t help but howl when he catches Tilly’s heavenly sweet scent. One sniff tells him the delicious half-werelioness belongs to him. The only problem with their mating is… her. Apparently she’s too busy running the Bless Your Tart bakery and corralling her sisters to have a mate. Well, too bad. What the Wilder Alpha wants, the Wilder Alpha gets. That includes one curvy, annoying, scrumptious package named Tilly McBride.

Yes, Mitchell will have her. Just as soon as he gets rid of the one person trying to end their mating before it has a chance to start.

*PREVIOUSLY TITLED ROARING FOR HIM.*

Tilly wasn’t sure what she was looking at. Okay, that was an exaggeration. She knew what she was staring at—nice little rows of cookies laid out on the stainless steel counter, snug in their cookie sheets. She’d whipped up several batches around 4:00 a.m. amidst preparing the day’s cupcake, brownie, and mini-tart orders. And then there was the regular day’s supply to prepare for the casual customers.

But none of the other stuff mattered because she was staring at her sister’s glorious masterpieces. Her sister’s words, not Tilly’s. Never Tilly’s. What she had before her was so anti-masterpiece it needed to be banished to the ninth circle of hell. And even then, the devil would look at her and say, “What the fuck is this?” or “What the fucking fuck?” or even “You’re only seventeen, how do you know about this?”

If it offended Satan, it would definitely offend the customer.

She really did not have time for this. The bakery she owned with her two sisters, Bless Your Tart, was due to open at 7:30 a.m., which was in—she glanced at her watch—an hour. The cookies spread out before her were supposed to already be decorated and boxed, ready for pickup by the customer at eight. This was a simple job. A job their bakery had completed in one size or another dozens of times since they’d opened four years ago.

Tilly took a deep breath, fighting for calm as she stared at her youngest sister’s handiwork. Her inner-lioness paced in the background, growling and informing her they needed to show Phoebe who was the boss. That she should always listen to Tilly, and if the seventeen—nearly eighteen—year-old girl couldn’t get that through her head then her lioness would…

She shoved the animal to the back of her mind, demanding that she submit to Tilly’s human half. It’d been this way her whole life. She wasn’t a pure shifter so her control wasn’t as strong as that of others. All three siblings had the same issues even if they weren’t the same type of shifter. Her mom had a thing for lions, and tigers, and bears (oh my) which meant all three sisters slowly learned how to compensate for the alleged “lack.” (Alleged because she dared any pure breed to say the words to her face. She dared them.)

Another deep breath. “Phee, can you just go through your thought process with me on this one?”

“What’s wrong?” Phoebe frowned, her gaze going from Tilly to the cookies and back again. “I got the colors right.” Phoebe narrowed her eyes. “You approved the colors before I started. I brought you the icing and you said yes. No take backs.”

“No,” she shook her head. “I’m not taking back my approval on the colors.”

She had approved them. It’d become a new rule in the bakery after Tilly learned Phee saw purple as pink or at least pinkish. Then it was—did Tilly know Phee was having trouble with her eyes? Did werebears always have color problems because…

“Oh. Good. ’Cause I worked really hard on ’em.” Phoebe popped her gum. Probably because she knew it’d annoy the hell out of Tilly. “Then I don’t understand why you’re crankypants. I mean, it’s six thirty and these don’t have to be ready until eight and I’m almost done. I’ll be done early. I should get a bonus or something.” Her youngest sister jerked her head in a nod as if it was already decided and held out her hand. “Can I have an advance on that? My shift ends at eight and I’m meeting Shawn, I mean Stacy, at the diner for breakfast.”

Tilly pinched her nose. “We’ll discuss Shawn-Stacy in a minute.” Mainly because Phoebe needed to stay away from boys forever. Okay, more deep breathing. She really needed to listen to her serenity tapes every day and not just when she was ready to kill her siblings. Especially not when the one annoying her most stood fewer than three feet away. “For right now, explain to me what these white drops of icing represent?”

She knew what Phoebe was gonna say. Knew. It. She just didn’t want to know. Because, what else could droplets of white icing on corset cookies represent? They were typically one of the best sellers for bachelor parties, guys wanting to get frisky with some breasts without getting into trouble with their mates or wives-to-be. So, Bless Your Tart made Babeless Boob cookies. Skinny little corseted waist cookies with overflowing breasts. Some corsets were red with black piping while others were pale pink with dark pink piping. Naughty and nice. One thing that did not exist in any color combination for her decorations was white.

And definitely not white drops decorating the cookie cleavage. Ever.

Thank God she hadn’t let Phoebe decorate the penis cookies. She didn’t want her baby sister to think, see, or speak about penises. Ever.

There was a lot she didn’t want her sister ever doing. Ever, ever.

Marcia was the sweetest girl on the planet but definitely no longer living in Virginland. But that wasn’t her argument to have because Marcia wasn’t her responsibility.

“—and Marcia was talking with Lucas—”

Tilly bet that in Marcialand talking meant sex. Again, not her argument to have. Marcia was a werewolf, sister to the local pack’s beta. Tilly reminded herself that wolves were highly sexual—banging was a better outlet than tearing each other to shreds when attacked by all of those teen hormones. She knew teenage sex was acceptable since: 1) They couldn’t catch diseases and 2) They couldn’t get pregnant until after they’d had their first heat. Seventeen—nearly eighteen—year-olds hadn’t had their heat yet.

“—and Lucas told her about pearl necklaces.”

For the love of fuck.

“And that guys love to see—”

Tilly held up her hand, silencing her sister with the gesture and a look that promised retribution. “Under no circumstances do I ever want to hear about them from you. Ever. For my sanity, please.” She fought to find her center. Like all her stupid serenity tapes said. Those damn tapes weren’t made by someone raising a teenager. “Unless you’re thinking about exploring them in real life. In which case, don’t.”

“You do realize everything with you is non-negotiable, don’t you?”

“Tilly knows she doesn’t want her sister knocked up before she’s married or at least graduated from college and has a stable job with a 401K,” she replied blandly, earning another eye roll from Phoebe. “Are there any that don’t have ‘pearl necklaces’?”