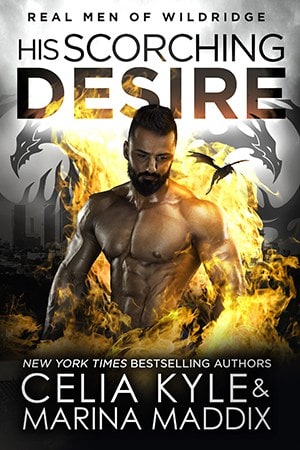 He's on the run and she's just the dragon to catch him. But when she does, will she ever want to let him go?

Dragon shifter Grizz Magna has become one of the most dangerous men in the world--one with nothing to lose. With a death sentence hanging over his head, he doesn't hesitate to escape prison when he gets the chance. Now he's being hunted by all of dragondom, including one particularly delicious, curvy agent from Wildridge Security.

Elektra Mico is a dragon shifter who only cares about bringing in the bad guys. While the other specialists at Wildridge are finding mates and generally enjoying life outside work, she dives deeper into her job, training harder than ever. When her gut tells her to break away from the team to track a rogue dragon escapee, she listens. She also listens when it tells her that the dragon with the sexy smirk and muscular body belongs to her--and she can't let him be taken captive again.

In the blink of an eye, their worlds are turned inside out. Grizz suddenly realizes he has everything to lose—namely, his fated mate. But will their unbreakable bond spell the end for both of them?