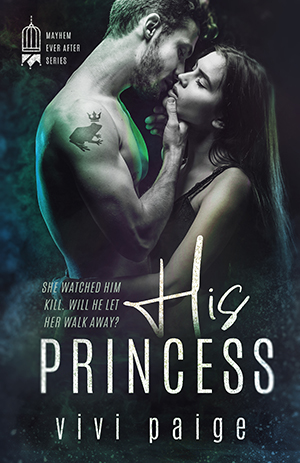 She thinks I’m a monster. She’s not far from the truth.

But even monsters have eyes.
And when I set my eyes on Alicia, my entire body tenses.
That ass of hers and the way she walks? It’s enough to raise the dead.

Nevermind that she’s as sweet as a fucking button.
With those big eyes that bust into your soul.
With smile that makes me feel like I just came home.
When I’m with her… I forget what I do for a living.

Except that other part of my life won’t forget me.
My job is to kill people.
That’s who I am.
That’s what I do.
I can’t deny that part of me.
And I’m good.
But there’s always one rule that I gotta follow no matter what.

So what do you do when you’re a hitman and your girlfriend figures out you’re a killer?
When you don’t know if your girlfriend is gonna squeal.
When your boss tells you that he wants her dead for what she saw?
My carefully crafted criminal world may be shattered.
But I won’t give her up. I won’t hurt her.
There’s only one thing more important than my life.