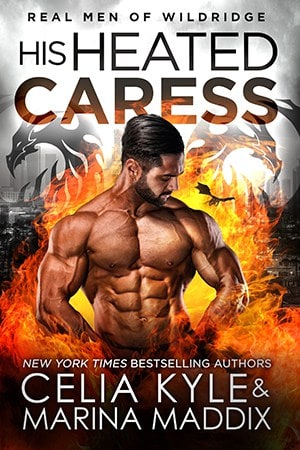 Wyntir Ignis may look like a movie star, but this fashion-forward dragon shifter actually protects them. As a personal security specialist for Wildridge Security, her job is to ensure the safety of the firm's clients. Including one particular A-lister who makes the mistake of laughing in her face when she introduces herself as his new bodyguard. Jerk. A sexy jerk, but still a jerk.

World-famous action film star and single dad Stark Bradford has a reputation to maintain. It's not that he thinks a woman can't be an effective bodyguard—especially a dragon shifter—but the celebrity gossip sites would chew him up and spit him out if someone as feminine as Wyntir "protected" him. The only problem is that his shifter son does need a guard so he accepts, under one condition...

When Stark's first plan to explain Wyntir's constant presence backfires, his son comes up with a perfect alternative: a fake relationship. Stark thinks it's awesome. Wyntir...not so much. Between putting on a show for the paparazzi and dealing with his "biggest fan”—and despite their rocky start—they find themselves growing closer.

Will they figure out how to survive in the Hollywood jungle, or will a surprise threat destroy any chance they have for a future?