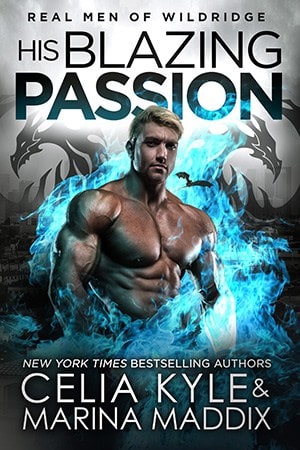 Dragons aren't all that fly when these two bounty hunters go head-to-head…there are sparks, too!

As the best damn bounty hunter in the country, Allon Wyvern always gets the bad guy. Unless the second-best bounty hunter beats him to it—which she does far too often for his taste. Even though they’ve never met, their rivalry is legendary in the shifter world. So far it's been friendly... until her interference allows the criminal to escape.

As the best damn fugitive recovery agent in the world, Chelle Calidi knows there’s more at stake with this case than one of the largest bounties she’s ever seen. The snake shifter she’s been chasing is one seriously evil dude, so when that arrogant dragon from Wildridge Security is about to screw up everything, she’s forced to step in.

After an intensely angry and mind-blowingly passionate first meeting, Allon and Chelle are forced to work together to capture their prey. Can they keep their hands off each other long enough to catch him? Or will temptation override good sense and see them both dead?