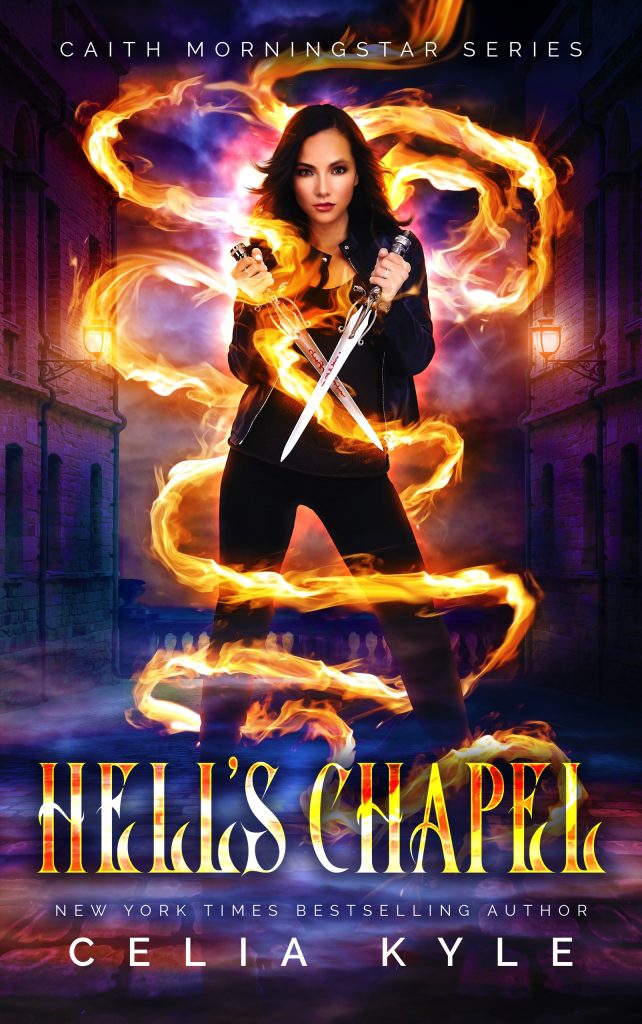 In the tween—between On High and Hell—I’ve got three rules: order, secrecy, and if you can’t manage that at least have some discretion.  Wait, make that four: no one screws with me or my stuff.  Orlando—land of that famous mouse—is my home and people are either gonna get in line or get out.

Except someone didn’t get that memo.  Now, I’m gonna bust out my bat and smash some heads.  I’ve got zombies demolishing my home, vamps chasing me, and on top of the normal violence in my life, I’m quickly falling for an angel.

I can handle the blood, gore, and frustration, but can I deal with the pain of loving—possibly losing—the angel Samkiel? Probably not, but I’m gonna try anyway.

Well, the chicks are still sassy, still curvy, and pretty kick ass.  But with urban fantasy, the world really DOES revolve around her and the ass kicking includes things like swords, knives and the occasional bomb. There's a guy hanging around somewhere who is totes hot, but he's there to look pretty, provide a little muscle, get down and dirty without a lifelong commitment. And he's hot. Did she mention hot?

Hell's Chapel: The Orlando mouse's house is filled with demons and she's just the bitch to keep 'em in line.

I shoulda bought a bigger bat. Maybe one of those aluminum jobs. Or steel if they made those. I bet I could get one on the internet. I could get anything on the ’net. Right then, something a little stronger would be appreciated. Metal wouldn’t leave such a big mess for the brownies to clean up once the dust settled.

I cradled the wood, familiar weight settling in my palm, melding with me like an extension of my arm. Louisville Slugger, a classic, a good friend no matter how recently I’d snagged him from the sports store.

“Batter up,” I mumbled under my breath. Then again, I could have screamed the words and not a single being in the bar would have noticed. “Fucking thelac warriors,” I grumbled. “They should know better than to drink themselves stupid.”

“Incoming!” Jezebeth, Hell’s Chapel’s resident bar bitch, and best young witch in the city (her words, not mine), shouted and then covered her ears. She sank beneath the counter, hiding, while I handled things.

I ducked, missing a flying beer bottle, and gritted my teeth when it crashed into the mirror behind me, shattering it into a million small pieces. Custom cut mirrors were expensive. Dammit.

The general betweeners, called tweens, fled at the first sight of trouble, scrambling toward Jezebeth to settle up and scurry home to their mommas. The remaining patrons stuck around to see how the night would unfold. Demons and angels—dems and gels—slumped in their chairs, watching the melee, picking up their glasses when someone needed a table to throw.

I climbed on top of the bar, black soled calf-high Fluevog boots leaving smudges on the polished cherry surface. I’d have to remember to give the brownies a little extra cash to clean up the mess.

I kicked bottles and glasses aside, traveling along the wood toward my prey. Pretty boy had to poke the thelacs and now he was learning what it meant to tangle with something more powerful than himself. Thelacs were seven feet tall, heavily muscled, black-skinned, ageless warriors and they were no one to mess with. They had all the time in the world to become the baddest of the bad.

On High and Hell, save me from idiots. Since I had a few gels in the vicinity, I hoped someone was listening.

My leather pants moved with me like a second layer of skin, tight and hugging my curves. It was like being naked while dressed. The black hue let me blend in with the night, become one with the darkness when it enveloped Orlando, Florida. Home of that famous mouse and… Hell. Well, a tiny bit of it, anyway.

Right now, the clothing moved with me while I flipped from the bar, ass over head, and around again until I landed in a protective crouch in front of the asshole who began the violence. Thelacs had never heard of sticks and stones may break my bones, but words will never hurt me. They tended to simply focus on the sticks and stones half of the saying. I faced off against the warrior, bat still gripped in one hand.

“Aw, Caith…” The warrior pulled his punch and I ducked, his fist missing me by a hairsbreadth. The scent of his charred skin filled my nose. The males must have been training inside Mount St. Helens again. There was a reason true thelac warriors were darker than night. There was no better place to train than in the bowels of an active volcano. At least, in their opinion. So, while they sweated to the oldies, they were burned to a crisp.

Still facing the warrior, I straightened once the danger slipped past and met the demon’s red-eyed gaze. “Don’t Aw, Caith me, Drek. This is my bar and you and your friends are tearing it to shit because some pretty-boy punk troll is an idiot.”

Said troll must not have liked being referred to as a punk. Though it could have been the “idiot” portion of my comment.

The shift of air, a delicate wind brushing my back in a caress, alerted me of his movement. I spun on the ball of my foot, stepping to the side and shifting my weight as I twirled around to crack him on the back of the head with my bat. Wood splintered on connection, showering the bar floor.

Which… was why I really wanted a metal one.

I dropped what remained of my weapon with a frown and poked out my lower lip. I’d had him the longest of all my bats. Three whole days. “Sorry, Louis.”

“Heads up!” I didn’t take my gaze from the now unconscious troll but raised my hand over my head, fingers uncurled. Another hunk of wood flipped through the air to land in my palm. I so loved Jezebeth in a non-lesbian way.

One of Drek’s friends shuffled toward me, boot scraping the concrete as he eased forward. I swung, the world blurring with the rapid movement, and shoved the end of the wood against the stranger’s chest. “Don’t test me.”

He snorted, rolled his eyes and looked to his friends. They snickered along with him as the idiot took another step forward, pushing against my hold. I really hated baby warriors. “You had to bring the babies, huh, Drek?”

I readily admitted I wasn’t much to look at. At five-foot-four inches, I seemed short compared to half the beings that crossed my threshold. My curves made most doubt my strength, even though my frame hid rock solid muscle beneath my layer of jiggle. While I may have the face of a pixie and the hair of a goth chick who spent too much time dying her strands with Kool-Aid, I was the ultimate Hell’s spawn with a capital Bitch.