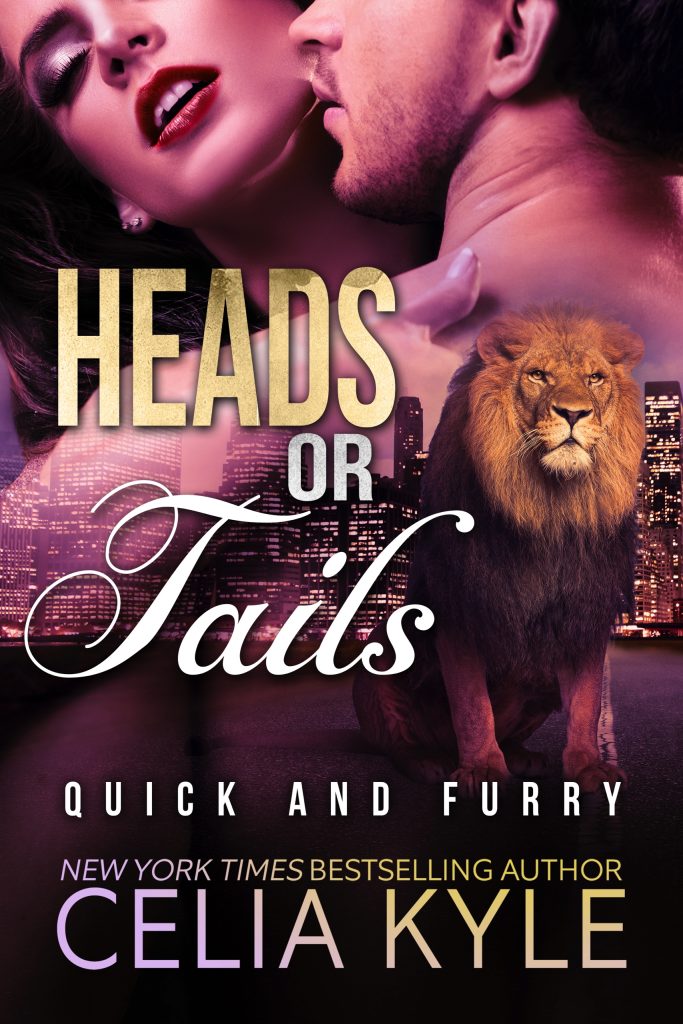 Quick & Furry: Love, Laughs, and a Bit of Rawr on the Go.

Werelioness Hilary Stewart is making her escape and nothing is gonna stop her. Except maybe a locked door. No matter, she’s resourceful, she’ll figure out something. When nothing comes to mind, she’s thrilled to find herself rescued. After being a Colletti captive for nearly her whole life, it’s amazing to find herself breathing air that isn’t tainted with violence and anger. Instead, it’s filled with the scrumptious scent of her heavily muscled, gorgeous, and possessive as hell werelion mate. Oscar freed her and now he’s gonna belong to her… As long as the Collettis don’t kill her first.

Hillary really wished she had some sort of superpower. It didn’t even have to be one of the more known abilities. She’d be happy with something small and insignificant, such as being able to turn her finger into a metal key instead of a lion claw. Mainly because as she stared at a locked door, a key would be really helpful. A lion claw… Not so much.

Nothing. She wished for nothing. After sitting behind a locked door for over twenty years, she’d finally accepted that hoping and praying got her nothing. And yet… She’d heard the whispers and low growls, snatched a look at a newspaper blowing in the wind drifting across the street, and she the recognized the scent of fear that hovered in the air. Something had changed. And if she played her cards right, and waited for just the right moment, she might escape.

Or rather, she might have escaped had she played her cards right the first time around. But she hadn’t and so now she sat alone in her room staring at a locked door.

Which… brought her back around to wishing she had a superpower.

Hillary sighed and flopped onto her bed. It was one of the nicer ones she’d had over the years even if the location left much to be desired. The mattress was plush and soft with just the right amount of give without being too squishy. And bonus, the whole room was hers alone. Considering the first fifteen years of her imprisonment had been spent sharing a room with one half-mad werelion or another, this was heaven.

Mostly. It wasn’t quite so heavenly when the activities outside her room, and the sounds that came through the thick door, insinuated there was some heavy-duty movement going on. Not super surprising. She couldn’t count the number of times they’d changed location, but the situation seemed so very, very different than all the others.