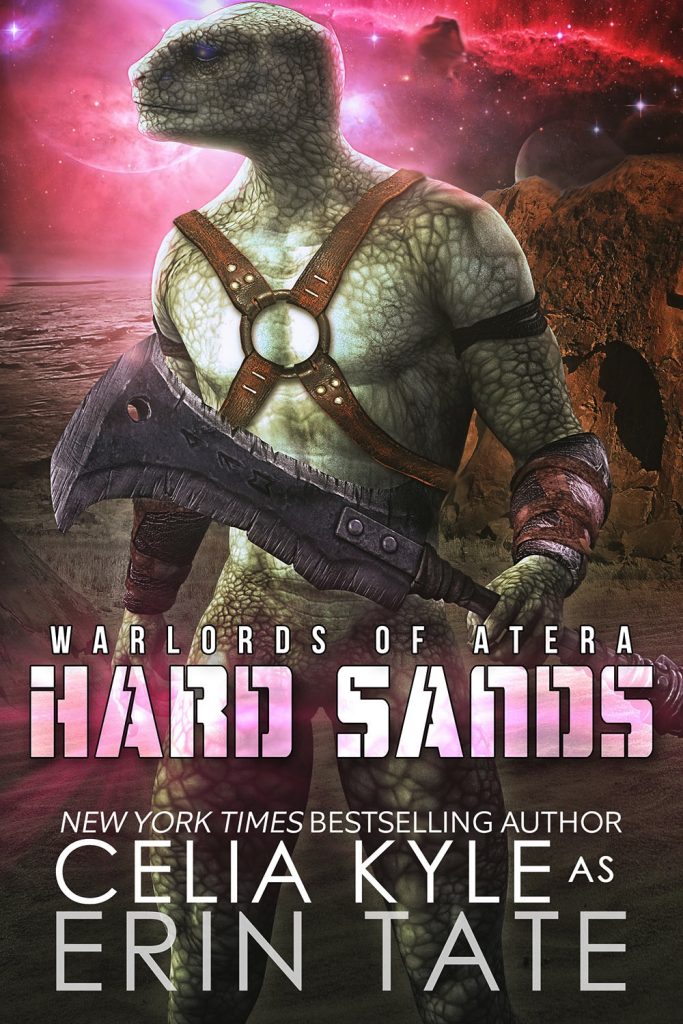 Nothing in Kalinda’s plans includes crash-landing on a backwards sand planet full of lizard-aliens. But when she spots Warlord Nakan, she’s willing to take a little detour. He’s a sexy, muscular scaled creature that she wouldn’t mind… studying. But no matter how interested she is, and no matter how much he lights her up inside, she’s determined to get off his godforsaken planet.

Nakan is busy caring for his tribe and fighting off challengers to his position as Warlord of the Hard Sands. A mate? And an alien human female, at that? No, he has other responsibilities that need his attention. Kalinda of Earth can’t be for him. It does not matter that her curves stir his blood like she’s his true mate.

But if Nakan won’t have her, his enemies will. Too bad for them that the Warlord of the Hard Sands doesn’t share. He’ll have to find a way to claim his mate and hold his position, or he’ll lose everything: his woman, his tribe, his territory... and his life.