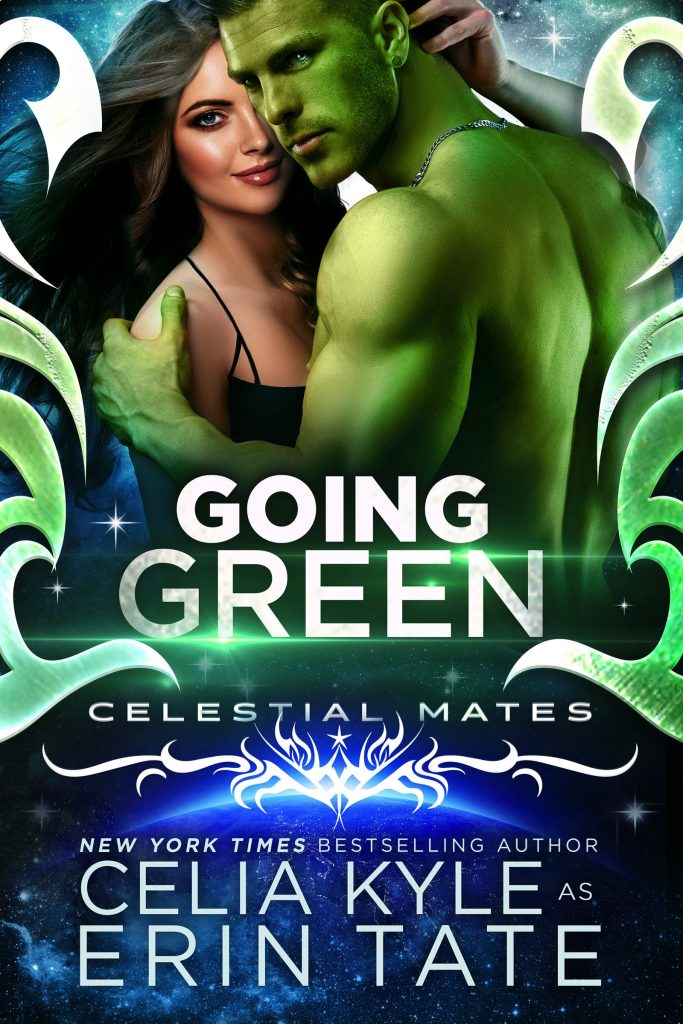 How far will Rhea go to escape Earth? Mate a big, bad (in the best ways), and occasionally green alien.

Rhea is leaving Earth and nothing will stop her. Not her controlling governor father, her asshole ex-fiancé, or the Department of Population who want to impregnate her. Which is why she contacts the one organization out of their reach—Celestial Mates. A questionnaire and blood sample later and Rhea is matched to a hunky, deliciously tempting, and alluring alien.

Erudan—once known as Teon, brother to the High Warlord of Vialea—did not register with Celestial Mates. Or rather, he’d never submitted his application. Yet a curvaceous, dark haired, green eyed human stands before him and demands they mate. Immediately. He lost his honor long ago and doesn’t deserve a female like the seductive Rhea, but that does not stop the wanting.

Unfortunately, others from Earth want her returned and Erudan is happy to show them the error of their ways. No one challenges a Vian warrior… and lives.