Charmed by the Alien Pirate 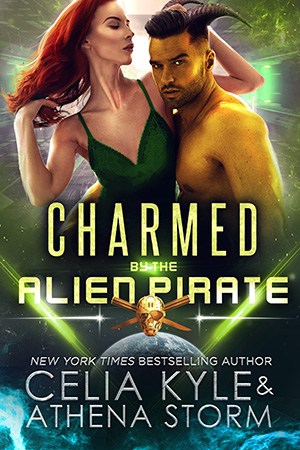 Out in the fringes of known space, there’s one hope.
He’s got golden skin, horns, and eyes that say he wants only me.

I’m a greaser girl from Novaria. I know my way around an engine room.
And I never got close to anyone. Much less a serious relationship.
As for Swipt?
The handsome alien pirate that rescued me says I’m his mate.
Fated. Destined to be together.
Kind of a big commitment.

But he’s… different.
Swipt is strong. He challenges me. Excites me.
Pisses me off.
But maybe I need that kind of fire.
Maybe it’s what I’ve been missing.

Whoever kidnapped me isn’t giving up.
But with Swipt, I’m going to turn the tables.
We’re going to go after them.
Find out the answers to this mystery.

At least we’ll do it together.