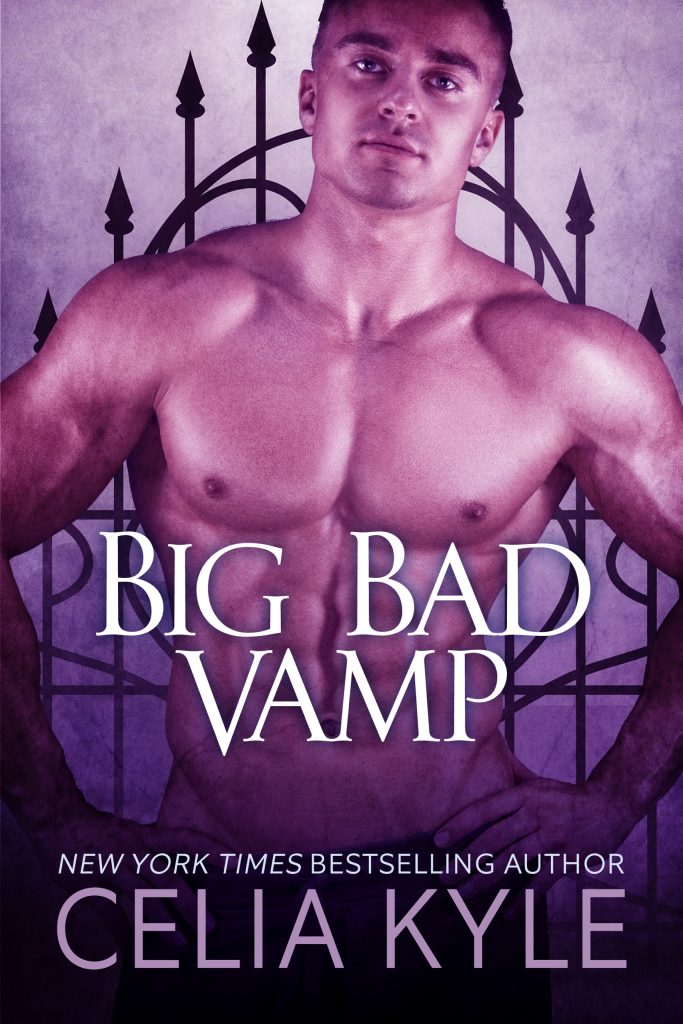 Tory has more bug-out bags and escape plans to get out of Atlanta than there are stars in the sky. And it appears she’s gonna need them. With her habit of digitally visiting different servers across the globe, she always figured she’d piss off the wrong people at some point. It looks like that day has arrived. Some crazy glitter throwing, wing-wearing weirdos are on her tail, and screaming “it wasn’t me” at them isn’t making them go away. With the sparkle freaks closing in, Tory has no choice but to call her fang-banging BFF for help. Finally, an über hunky vamp appears to whisk her to safety. Except she dies. Really. Dead-dead. Almost. See, the thing about it is…

The last thing Knight Protector Liam wants to do is rescue some purple-haired human, but he doesn’t get a say in the matter. So, he hunts her down and, instead of finding a paranoid woman, he finds a voluptuous beauty bleeding to death beneath a certain evil Pixie King. Then he does what any law-breaking vampire would do in such a situation: he saves her. Mostly. Well, she does die first, but it was only for, like, a minute. See, the thing about it is…

“Vamp-ouston, we have a problem.” Tory kept her voice serious and calm. Because, hey, this whole deal was serious.

“What?” Her not-as-smart-but-still-cool BFF, Wren, sounded totally baffled, and Tory couldn’t blame her.

“Vamp-ouston? You know, like Houston, but with fangs and stuff.” Dude, it totally made sense. Especially since Wren was currently living with her long-term (as in forever) fangy boy-toy in a mansion filled with other fang bearing peeps.

Were vamps peeps though? ‘Cause peeps didn’t usually do the whole “never die, drink blood” thing. Huh. Something to ponder another day. She was too busy dealing with her impending capture-torture-death deal.

“Shh! Is this a secure line? You can’t say my name! You can’t lead them to me. Big Brother could be listening.” Did Wren not remember all of their studying of the “In Case Tory is Caught Digitally Visiting Others Illegally” plans?

“Okaaayyy.” Wren drew out the word. “Person who is not Tory, what are you talking about?”

After Tory saved herself, she was gonna chop her friend into itty-bitty pieces and serve her to the vamps. Wren tartar.

“The thing about it is…” How did one admit to seriously-what-the-fuck fucking up?

“Person who is not Tory, what the hell is going on?” Wren growled. She’d been doing that a lot since shacking up with that vampire.

Tory took a deep breath, searching for a peace that had been evading her since this morning. Of course, that time frame sorta coincided with a serious attack on her system, which she ended up tracing back to a recent victim of her “digital visitation”. Problem was, her breach of their system was still in progress. For some reason, even super-villain-bringer-downers like her had web speed problems just like everyone else in the world. The data dump of the servers was taking forevah.

“Remember Hyde Pinxton? The creep-tastic guy that, like, tried to hurt you and Griffin and stuff?”

A moan came across the line. “What’d you do?”

“Hypothetically…” Tory nibbled her lower lip. There was no hypothetical about it. Hyde Pinxton had done something super bad to Wren’s boyfriend Griffin, nearly killing him and freaking out Wren, and that kinda pissed Tory off. Oh, she hadn’t gotten the details on what went down since it was all “Protector business”, but there was no hiding the super-hate that went around when Pinxton was mentioned.

She took a deep breath and blurted out her sins. “I poked around the ‘net, redistributed money, and then ripped data from more than a handful of servers for posterity’s sake. If the info was connected to Pinxton, it got magically deleted. Like magically delicious Lucky Charms, but not. Because that doesn’t make a whole lotta sense.” She faked a laugh. “Cool, huh?”

The line went silent. Tory couldn’t even hear her BFF breathe, and then a soft whisper met her. “What?”

“I only looked at some of it as I was downloading. I was going for quantity, you know? Wren, this is some holy-shit shit. Like, things with wings, if you know what I mean. And I think you know what I’m talking about. I have no doubt that his guys are going to hunt me down. Soon. I’m watching them work, and they’ve gotten as far as Tokyo. I’ve got maybe fifteen minutes and then I’m a rabbit.”

Tory didn’t doubt that Wren had been hiding things since she’d gotten tangled up with the vamps and become a fang banger. She didn’t begrudge the secrecy. Really. Mostly. But her first foray into Pinxton’s files, the ones that were buried behind more encryption and digital walls than the freakin’ Central Intelligence Agency (she’d wanted to know who’d killed Kennedy, sue her), revealed some things that meant super shitty stuff for Wren. Dead, but not a vamp, kind of stuff.

“Oh, God, Tory.” The phone clattered, and she assumed Wren had dropped her cell.

Tory picked up talking as soon as her friend returned. “I’m fine. I’m grabbing some wings at the place off Whitehall, and then I’m out for a while.” What she actually meant was that she was heading to Central City Bank on the other side of town to make a withdrawal. Specifically, one of her bug-out bags she had hidden in a safety deposit box. It held clothes, cash, a couple of prepaid cell phones and false identification. Hell, she’d be using fake ID’s just to get into the vault.

“Wait, Tory. No…don’t. I’ll send one of the Protectors to get you. We can keep you safe. Why can’t you just, pull the plug or something? They can’t find you if you’re not connected to the internet, right? Doesn’t it work that way?” Wren pleaded with her, but a peek at her computer revealed that the fuckers had pinged her in Venice. Damn it.

“No can do. Download isn’t done just yet.” She nibbled her lip, watching the little progress bar grow and grow. “I’ll get the files to you as soon as I can. They mention some shit about you guys, but I have to beat feet, hon.” Phone cradled between her ear and shoulder, Tory grabbed her bag, stuffing in what she’d need for her escape.

She glanced at the progress bar and figured she’d been done in another five seconds. A few quick keystrokes and she had her system counting down to destruction as a cute little Care Bear danced across the screen. Hell, when she’d created the whole “no one was ever here” bit of pyrotechnics, the bear countdown had sounded cute. Now, she just wanted to punch the stuffed animal in its suckhole.

“Did I mention I love you?” Tory didn’t wait for her friend’s response. The phone, like so many others, was a burner.