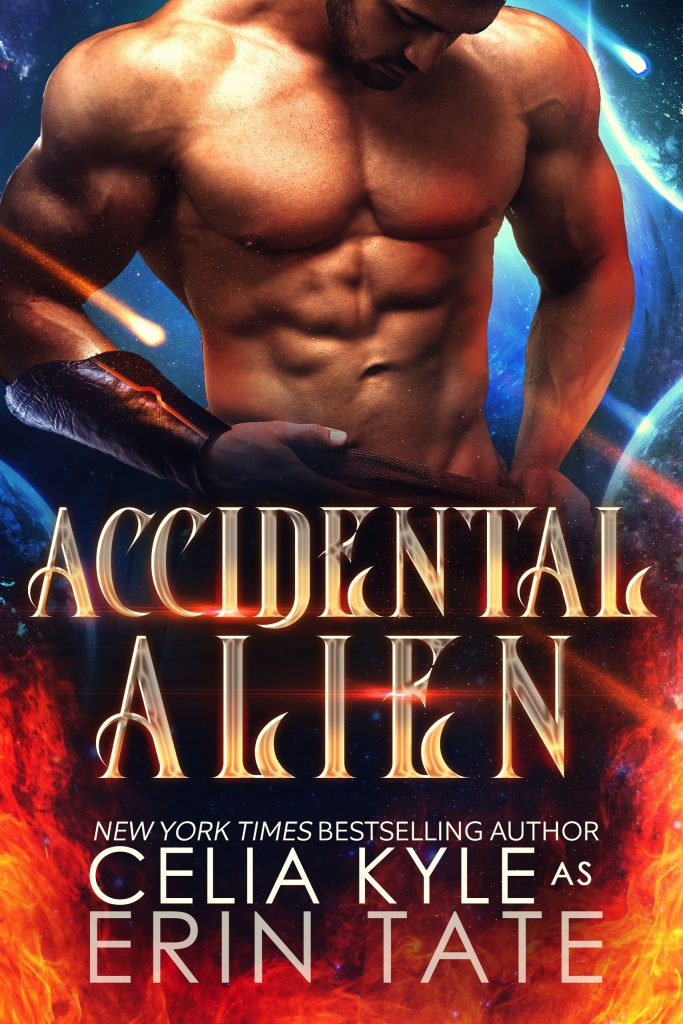 What does a too nosy secretary have in common with an alien? Nothing. Until she’s turned into an alien, too. And then, well, there’s everything.

Joyce’s life is mapped out: dead end job, after dead end job, until she is dead. At least, that is until Kede Tria—a Doshan alien—shows up and takes her away from it all. Literally. He’s overbearing, possessive, sexy as hell, and everything she never knew she wanted in a man, er, alien.Of course, life happens and she discovers Death by Chocolate isn’t just a dessert, it’s a reality. Good thing Kede is there to save her… by making her Doshan.

Kede Tria is the Holder of House Tria, commander of the starship Vehly, and one of the most feared Doshan warriors. He’s also Joyce’s life mate—her harau. His curvy, deliciously lush mate just doesn’t know it yet. She was human and now she is Doshan, but through it all she remains one thing: his.

Kede will fight for what belongs to him. So, while others are intent on ending her life, they do not realize he will gladly end theirs.

Joyce really hoped she still had an asshole when the day was through. Late as hell, she raced down the concrete sidewalk with her bag in one hand and high heels in the other. While no one could really think, Gee, my asshole is awesome, she still didn’t want to lose it. Unfortunately, it wasn’t likely it’d still be around when all was said and done.

Still running, and jiggling everywhere, she flicked her gaze to her watch and winced.

Her toe slammed into a raised piece of concrete. She groaned, but kept going. Shit, shit, shit. She ignored the pain, intent on getting to the meeting. She’d show up panting and a hint sweaty, but at least she’d be there. If her toe was broken, well, it’d heal eventually. It’d heal faster if she had health insurance and was able to go to med and spend a few minutes in the biobed, but nooo the budget was “tight” and the base couldn’t afford to hire her permanently.

No one mentioned that the director just purchased his fourth house for his fourth girlfriend. The man couldn’t keep it in his pants and apparently each trophy chick needed her own place.

Her only hope was that the director wouldn’t fire her for being late until after she’d taken and then transcribed the meeting notes. Maybe he wouldn’t remember to send her packing once all was said and done.

Yeah, she’d keep that unlikely hope clutched to her chest. Along with her shoes.